Industrial robot industry in a phase of change: Interview with Junji Tsuda, Chairman of YASKAWA Electric (2/2) 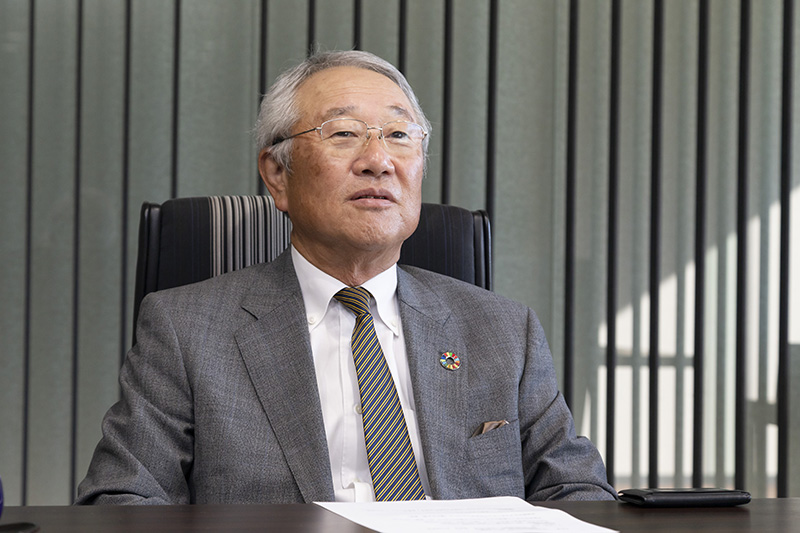 The environment for R&D and introduction of industrial robots is rapidly changing. YASKAWA Electric Corporation, a leading manufacturer of robots, uses cutting-edge technologies, such as AI and digital twins, to develop robots and applications and works on human resource development and technical support for users. While creating an environment where small and medium-sized companies can easily introduce robots, as a manufacturer, YASKAWA Electric will establish a system to develop markets in new areas.

– How do you develop applications?

Until a little while ago, it was common practice to experiment with robots, collect data to input it into an AI, and then let the AI learn from the data. But recently, the concept of the digital twin, which simulates physical phenomena with very high accuracy, has emerged. Because this method makes experiments unnecessary, it will speed up learning significantly, facilitate application development tailored to the field, and enable a higher level of work than before if it comes into common use. I am looking forward to it.

– You are also focusing on educational activities. 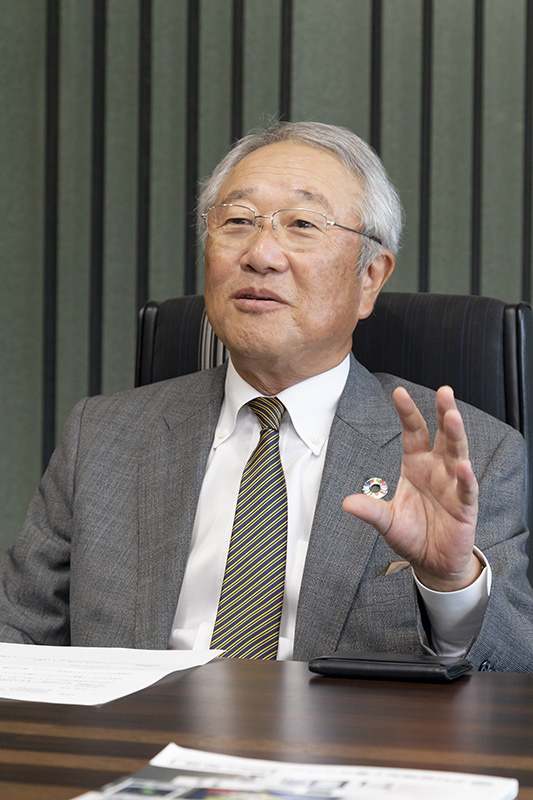 Fukuoka prefecture opened an office in September this year that is a base for SMEs to provide support, from management consultations to assistance with the introduction of equipment, to improve productivity, but we also collaborate with users in their human resource development and provide them with technical support. I would like examples of introducing equipment to small and medium-sized companies to increase soon. Introduction of robots is not only a means of improving productivity; a time will soon come when it will become difficult or impossible to employ people. We may face a tough choice between automation or going out of business. Instead of thinking, “It won’t matter while I am leading the company,” we should make an effort to raise the company’s value so that the business can be inherited or sold off in the future.

– What are the challenges in the robot industry?

There are still not enough engineers who can handle robots at users’ sites for explosive increases in the number of robot users. An environment in which systems can be built in the same manner as games played by children while we manufacturers provide support with technology would be ideal.

– What is YASKAWA Electric Corporation’s vision as a company?

Since the 1960s, we have advocated the term “mechatronics,” which combines the words “mechanism” and “electronics”, but the underlying idea it came from is our wish to eliminate 3D, “dirty, dangerous and demanding,” work from the world. There are still many types of 3D work in the world, but we will try to replace humans with robots in those fields as soon as possible.

Industrial robots have been adopted in various factories in these a couple of decades for “hard works”; for example, so many of industrial robots are used for welding, painting and handling processes in automotive industry.  All of them are very demanding for human being so that the works are left to robots.  An accurate works?  A prolong works?  Yes, robots are happy to do them since those works are too hard for humans!  However, as Mr. Tsuda mentioned above interview, “…it will become difficult or impossible to employ people.  We may face a tough choice between automation or going out of business”.  It indicates that robots become the simple substitution of humans whether the works are hard or not.  That is the beginning of new era of real collaboration of human and robots!

▶Industrial robot industry in a phase of change: Interview with Junji Tsuda, Chairman of YASKAWA Electric (1/2)

You can read this article in Japanese on robot digest, web magazine of industrial robot

How to Utilize Human Resources: Interview with Hiroshi Ogasawara, President of Yaskawa Electric （2/2）