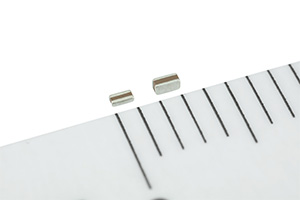 TDK announced on January 29, 2020 that it has developed the CGAE series of 0510-size vertical / horizontal inverting multilayer ceramic capacitors (MLCCs) for automobile. Mass production began in January 2020. The new product has a 90-degree reversal of the electrode direction in the vertical and horizontal directions, compared to the normal type MLCC. The ESL (equivalent series inductance) and impedance were reduced by making the current route thicker and shorter.

Inverted MLCCs have already been widely adopted for general use. TDK has developed an MLCC that is compatible with AEC-Q200 and has a large size of 0.5 mm x 1.0 mm for automotive applications this time.

Mujin establishes local subsidiary in the US