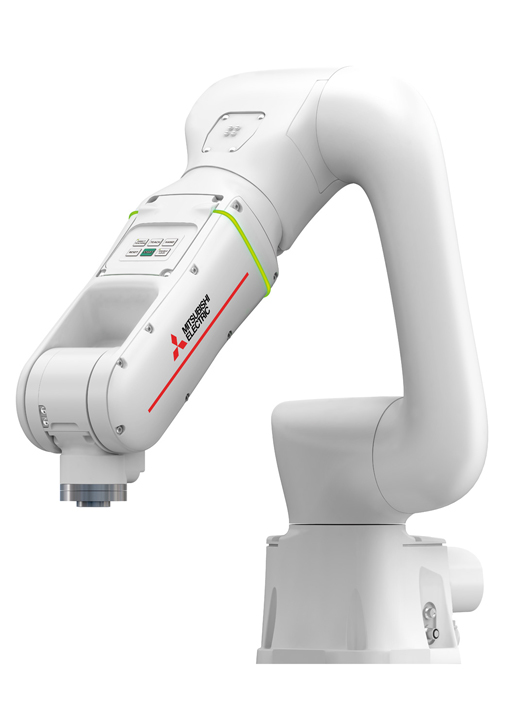 Mitsubishi Electric launched collaborative robot for the first time on May 21, 2020. “MELFA ASSISTA”, the name of the robot, is a 6-axis articulated robot with the maximum load capacity of 5 kg. It is sold for the automotive, electrical and electronic parts, food, pharmaceutical and hygiene products industries.

It is possible to teach robot how to work through the operation buttons on the arm. The control devices for recording and deploying movement programs are unnecessary. The robot arm has an LED light that displays the operating status. Therefore, an operator near the robot can monitor the state of the robot at a glance.

Mitsubishi Electric also released “RT Visual Box,” a programing tool that makes it easy to launch robots. A program  for robot systems can be created by intuitive operation using block diagrams. In addition, connection settings with peripheral devices such as robot hands and cameras have been simplified.