The production value of robots in Japan recorded the highest ever 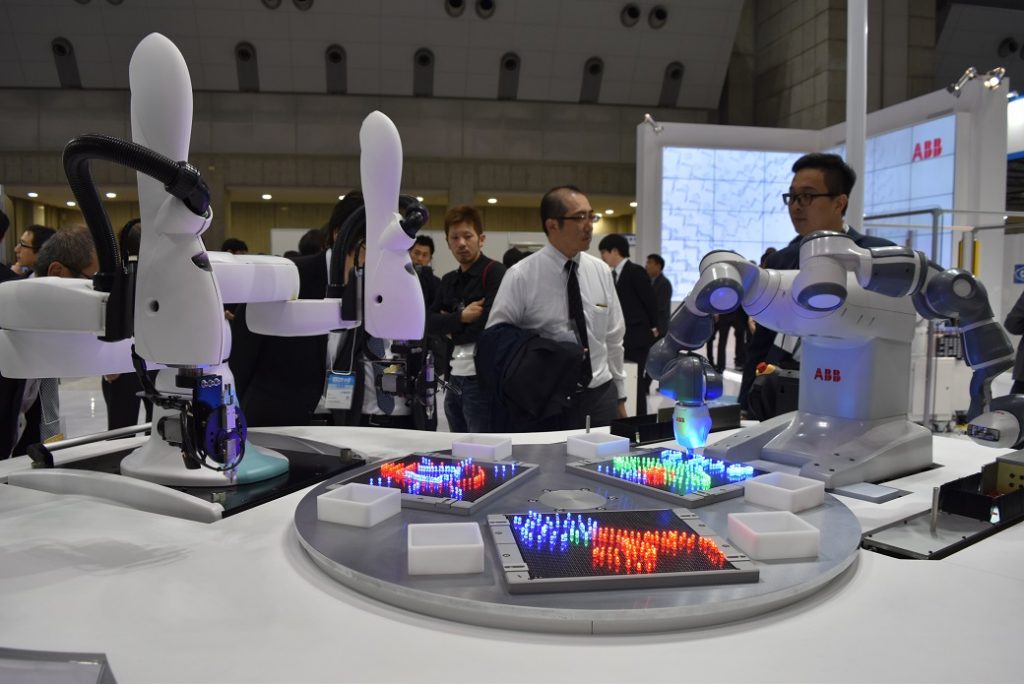 Japan Robot Association held a press conference at hotels in Tokyo on May 23, 2018.  They announced production, orders and total shipments in 2017.  They surveyed 56 companies including 42 of member companies and 14 non-members.  Orders were up 27.8% year-on-year to 944.7billion yen, while production rose 24.8% year-on-year to 877.7billion yen, both of which were record highs.  “The market condition is so good that we don’t catch up,” says Hiroshi Fujihara executive director.  Total shipments rose 25.1% to 895.6 billion yen.  Shipments to China grew by 49.0% year-on-year to 259.9 billion yen.  “The level of Chinese manufacturing has risen, and Japan has been chosen to emphasize durability and reliability rather than price,” he said.  In terms of usage, sales for machining increased 87.4% year-on-year to about 13,000 units, while sales for machining increased 41.3% year-on-year to 29.1 billion yen.  In particular, the number of units shipped for polishing and deburring increased more than doubled from 535 units in the previous year to 1202 units.