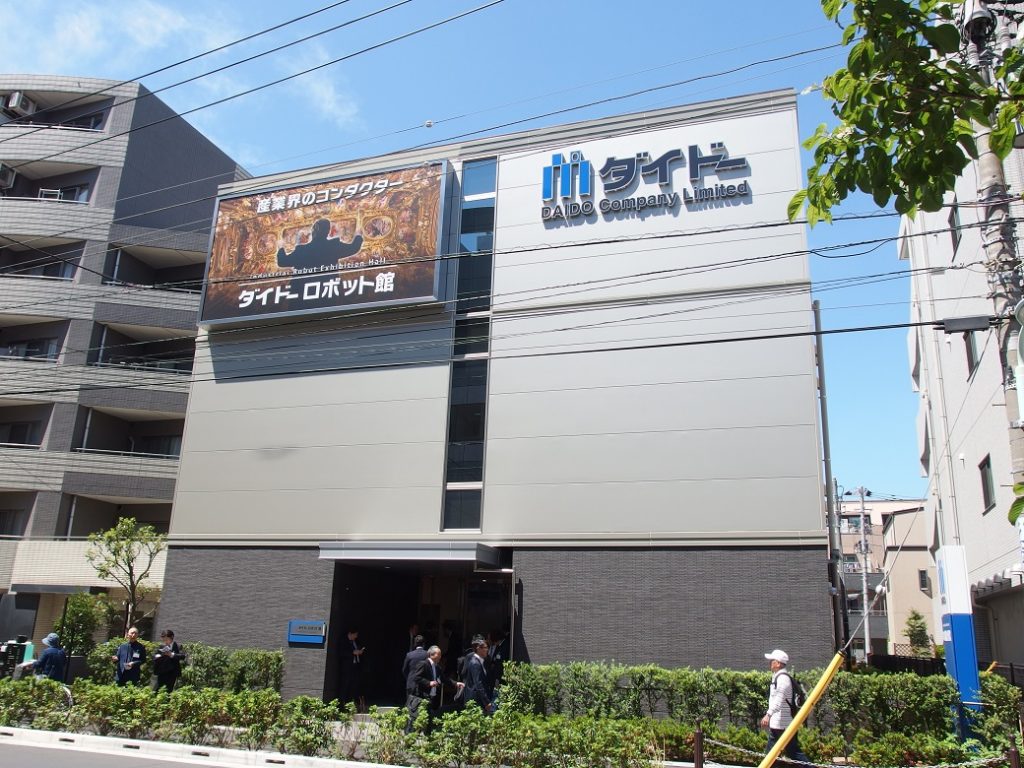 Daido, a trading company of FA equipment, opened “Daido Industrial Robot Exhibition Hall Tokyo”(=photo) in Edogawa-ward, Tokyo, June, 2018.  The hall is a three-story building with a total floor area of 1600 m2.  Display 40 robots from several manufacturers, including Fanuc and Mitsubishi Electric, Seiko Epson and Denso Wave.  In the exhibition hall, Daido propose various uses of robots such as work conveyance and assembly of parts.  A large robot with a maximum capacity of 210kg installed on the first floor.  On the second floor, in addition to small robots, various peripheral are introduced.  A conference room for seminars was set up on the third floor.

On June 1 and June 2, opening ceremony was held.  Approximately 500 executives from robot manufacturers and user companies gathered.  Yoshiharu Inaba, Chairman and Chief Executive Officer of FANUC, who represented its guest, said, “With the opening of Industrial Robot Exhibition Hall Tokyo that follows Nagoya in 2016, I am just amazed at its business speed”