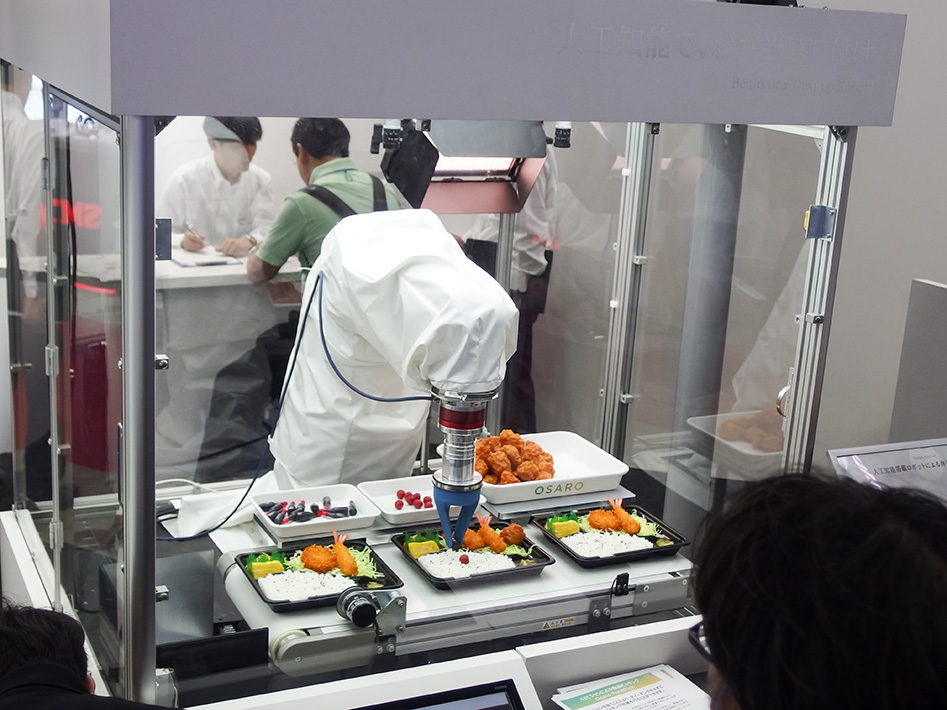 A specialty exhibition of food machinery and image processing was held one after another in June.

At each exhibition, robot exhibitions attracted a great deal of attention.

At the food machine exhibition, many people were told that “robots are highly versatile, they are most suitable for the food field and the attendees’ attention is high” (one exhibitor).

There were many new proposals for robots in image processing exhibitions, and attention was paid to a box loading/unloading system using image analysis technology and an appearance inspection system using robots.

A versatile robot suitable for the food industry

A number of robotic manufacturing systems were also exhibited at the venue in conjunction with the food specific purpose machine, attracting attention.

“In the food industry, new products frequently appear, so it is an industry that is suitable for highly versatile robots,” each exhibitor says.

It was the Denso Wave booth that was always crowded with people.

“When it is bulky, it is hard to understand each boundary of the fried chicken, it is only with our AI technology that can recognize well,” Kazuhiro Kawamoto, engineer of Osaro said.

“If you can make TAKOYAKI that is difficult to make, you can think that you can make other foods,” Yasuki Sato, the chief operating officer said.