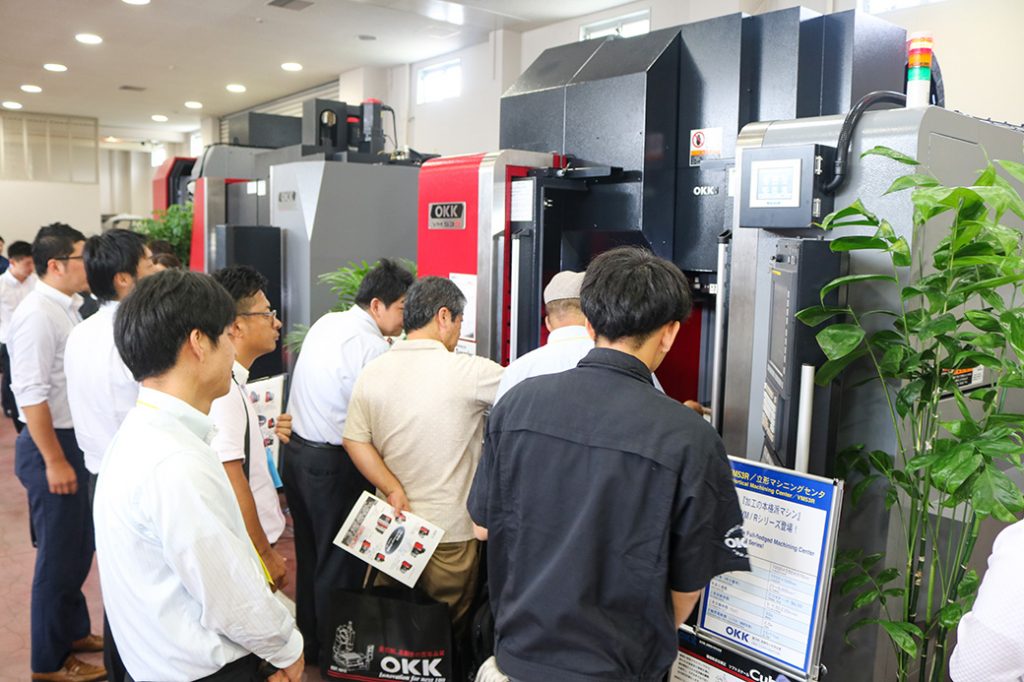 On July 26 and 27, 2018, OKK held a private show at the Inagawa Plant in Itami, Hyogo prefecture.
Approximately 600 people, mainly from users in the Kinki region, came.
A total of seven machines displayed, including the vertical machining center (MC) “VM53R” and five axis MC and horizontal MC.  The VM53R realizes high accuracy machining by standardizing a function “soft scale Cube” which reads the temperature change by sensors and corrects the machining point in real time.

OKK showed its heavy cutting demonstrations and attracted the visitor’s interest (=Photo).  In addition, the IoT system “Net Monitor 4. 0” was also displayed.  It is possible to monitor the operating condition of the machine tool in the factory and the life of the tool on the personal computer.  The interactive NC programming function was also introduced, and the convenience was remarkably noticed by the visitors.

President Yoshitsugu Miyajima stressed, “As the labor shortage worsens, I would like to help improve manufacturing efficiencies as much as possible.”
In addition, plant tours and seminars were also held during the session to attract the attention of visitors.