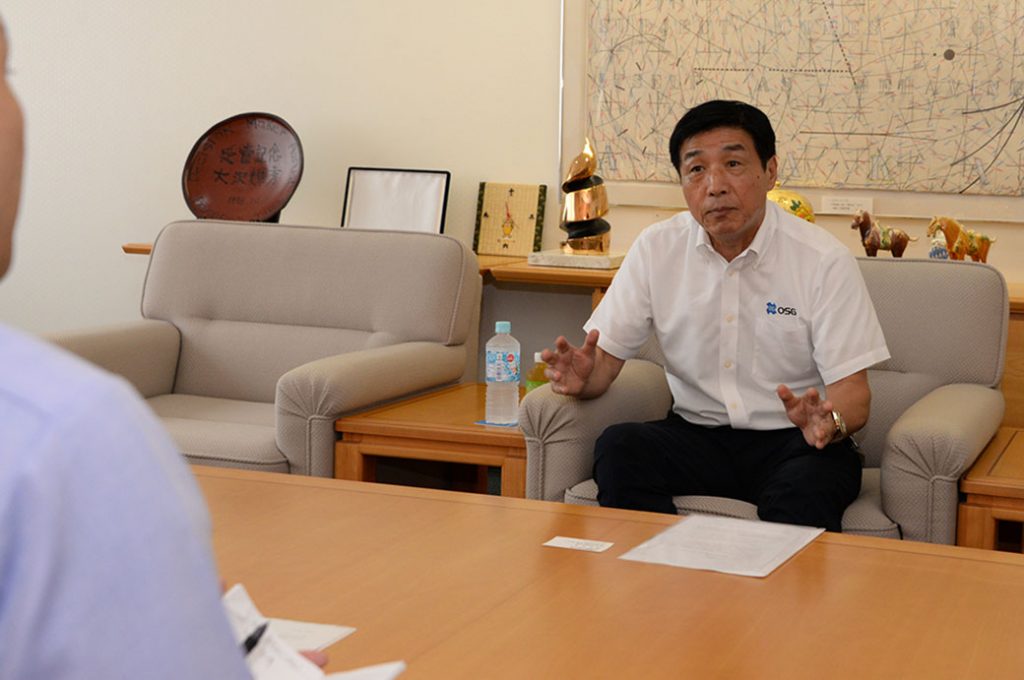 Japan accounts for 19% of global production.

To enhance the JTA’s presence

“First of all, it is necessary to enhance Japan’s presence.” Mr. Norio Ishikawa, Chairman of the Japan Cutting & Wear-resistant Tool Association (JTA) and President & CEO of OSG Corporation, explains the future efforts of the JTA. The market conditions for machine tools have lost the momentum they exhibited until last year and appear to have been slower. The domestic tool market has also weakened. With this as the background, Mr. Ishikawa speaks about the direction the JTA should take.

– What is the size of the global tool market?

– What were the effects of the announcement at WCTC 2019?

The fact that the Chairman of the JTA made the global cutting tool market announcement means a lot. This is because the JTA’s data is more reliable compared with the previous rough estimates by research companies in the U.S. and Europe. Consequently, the data announced this time seem to be global benchmarks for the future. Japan’s presence and production and consumption data should have been recognized as considerable.

– Will there be any change in the position of Japanese manufacturers?

– As the third Chairman of the JTA, what would you like to do?

Mr. Hiroo Homma, the first Chairman and Chairman of NACHI-FUJIKOSHI CORP., focused on enhancement of compliance throughout the organization. Mr. Nozomi Ushijima, the second Chairman and Executive Vice President of Sumitomo Electric Industries, Ltd., focused on integrating the two former organizations and promoted overseas expansion of member companies. Some leading tool manufacturers actively engage in overseas expansion as a strategy. Some member companies are aiming to internationalize in the future. And JTA is supporting both groups. For example, we facilitate overseas expansion by setting up JTA booths at overseas exhibitions and by planning visit tours. Our activities to promote internationalization of member companies remain unchanged after I became Chairman. Maintaining the flow built by the former Chairmen, I will further enhance the JTA’s presence in the global tool industry and create an environment in which we can contribute to the global manufacturing industry. For this reason, it was necessary to show the scale of the global cutting-tool market and the presence of Japanese manufacturers.

There was no of reliable statistic data about the size of the global cutting tool market so far. Therefore, no one could analyze or predict the market strictly since no one has the base of idea that they could stand on. Who knew the exact size of the market? God only knew? Yes, it WAS. But now Mr. Ishikawa declared as the chairman of the JTA that the size of the global cutting tool market in 2018 was 25 billion USD.  All of us, journalists, market research analysts and consultants are so happy now since the chairman of the reliable organization has fixed the size of the market.  Thank you so much, Mr. chairman!