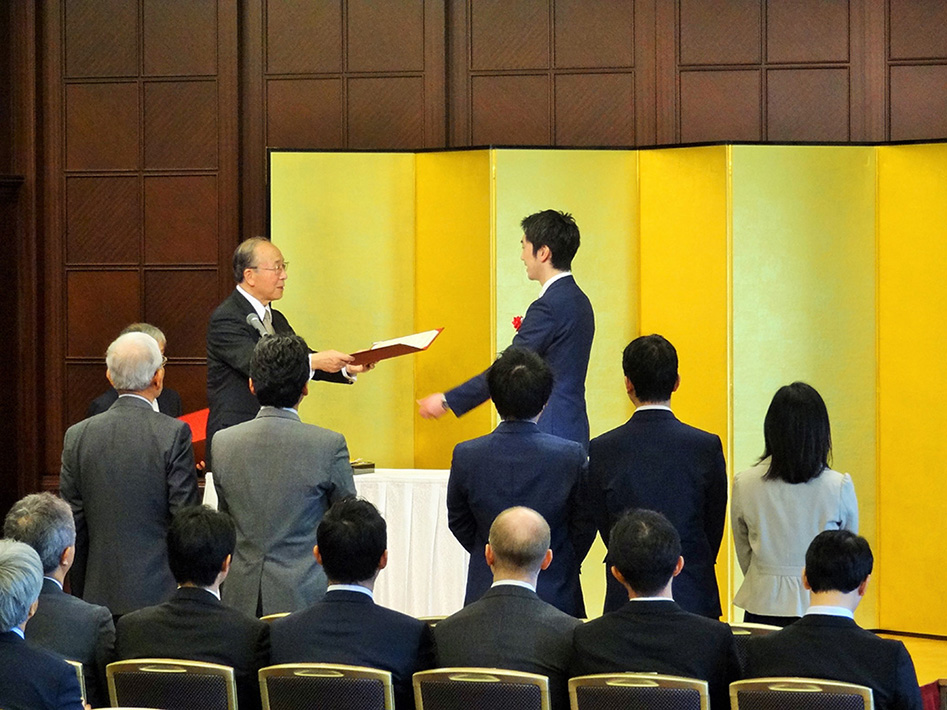 On December 8, 2017, FA Foundation held an award ceremony at Kazan Kaikan in Tokyo, to announce 7 paper awards for 2017.

The papers were selected from those published in seven academic journals, such as Precision Engineering Society and Japan Robotics Society, related to three themes of FA, industrial robots, and related technologies.

This year, Keio University has been awarded “stable spindle speed identification against chattering vibration by applying servo-information” and “hydraulic and electric hybrid-arm drive robot” from Toshiba Machine Group and others.

1 million yen were given to the winners as a sub-prize.

Tamio Arai, the chairman of judging panel and honorary professor of Tokyo University, told the winners that “Mainly in the automotive industry, it is going through a period of change, which is a chance for technical researchers.”