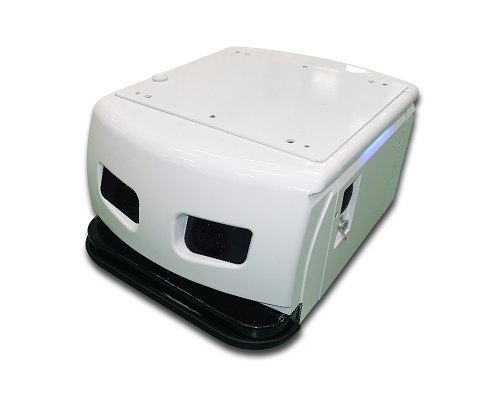 THK launched “SIGNAS,” an automated guided vehicle (AGV) equipped with its own autonomous movement control system which operates without a tape indicating the route on September 1, 2020.

SIGNAS recognizes a mark with a built-in stereo camera and moves autonomously. At the manufacturing and distribution site, AGVs that requires a root tape is often used. However, SIGNAS can move autonomously without route tape.

Also, the operator can set up the route simply by putting the printed mark called “sign post” on the wall. An unmatured operator can handle it because it is unnecessary to acquire difficult programming knowledge for using. THK has two types of SIGNAS, a loading type and a towing type.

THK establishes customer support service in collaboration with Microsoft and others