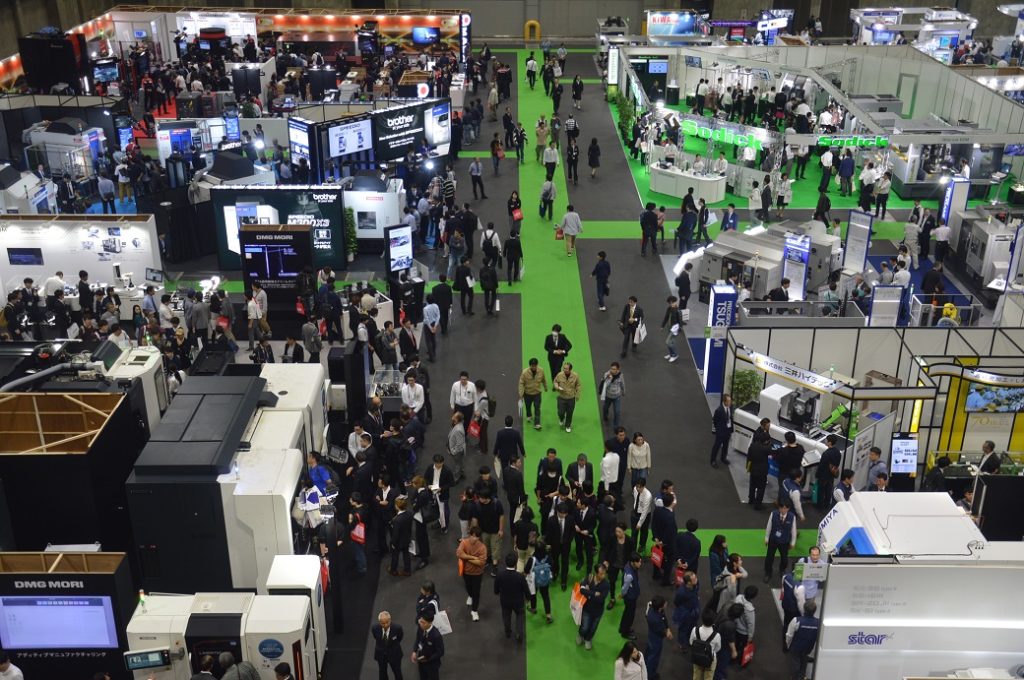 MECHATRONICS TECHNOLOGY JAPAN 2019 (MECT) was held at Port Messe Nagoya, Minato-ku, Nagoya, for four days from October 23 to 26, 2019. Visitors tend to be working at the machining site. There were many proposals which can be used at machining site. The products and systems for automation were seen everywhere at the venue.

AGV can hold something by itself

Automated guided vehicles (AGV) can deliver packages to the places of each factory automatically. There are some types that run on the floor with magnetic tape affixed, and the other one is that understand the situation around by sensors and moves around. The new type of AGV with collaborative robot recently has appeared to save labor during loading. 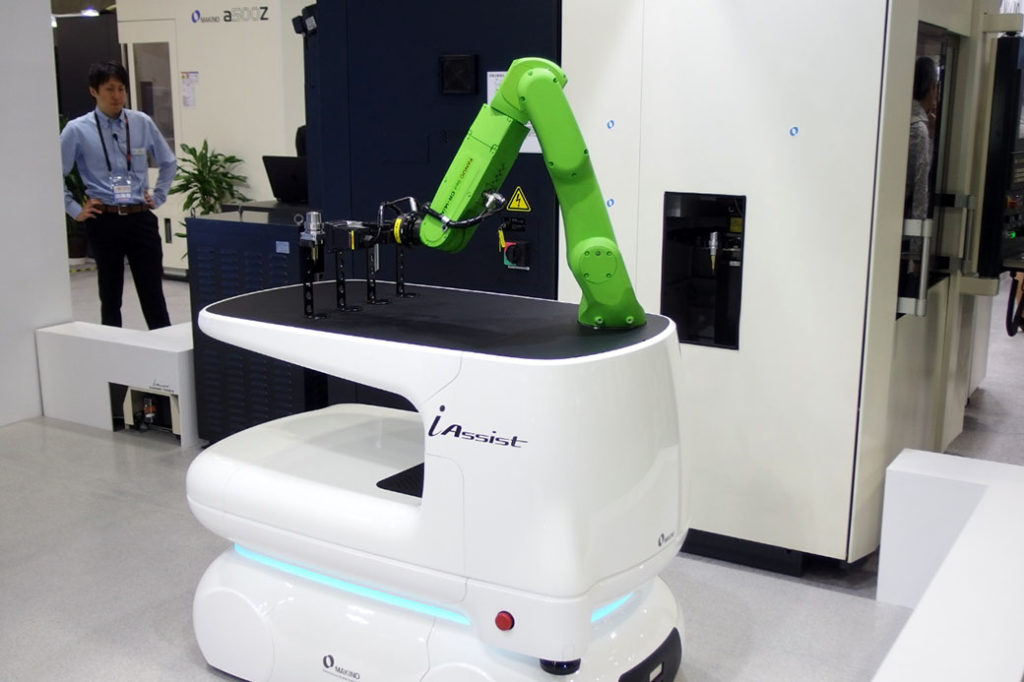 Makino Milling Machine exhibited iAssist with a collaborative robot attached to its original AGV and moves around at the booth.  iAssist transports tool holders with tools while avoiding people and obstacles. And it attaches them to machine tool pallets and tool measuring machines. iAssist sense the surrounding people and obstacles with sensors and find out the route autonomously. The person in charge said, “It is natural to load workpiece, loading tools and tool holders to machines are also simple work and it should be saved labor.”

IoT and AI are the trends 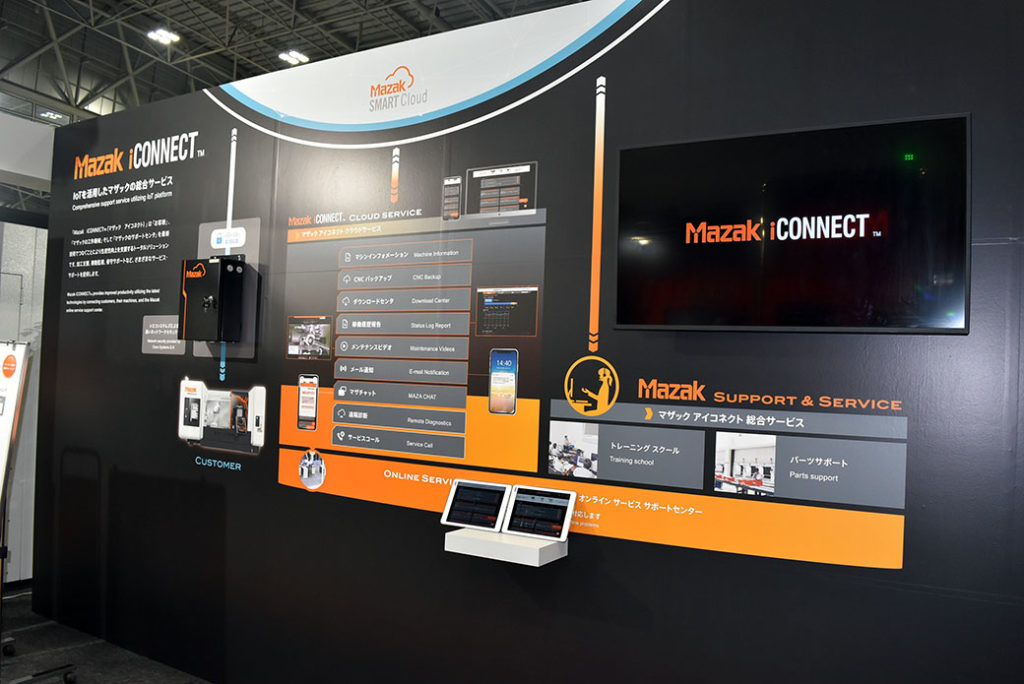 The Internet of Things (IoT) and Artificial Intelligence (AI) are regarded to be very important in various processes. Yamazaki Mazak proposed a comprehensive service called Mazak iCONNECT using IoT at the venue. Various services such as visualization of the operation status of Mazak products and backup of NC data are provided on the cloud. Mazak iCONNECT also provides a video manual and chat function with Mazak service personnel.

In the booth, Mazak iCONNECT was remotely connected to the machine at its headquarter’s showroom in Oguchi-cho, Aichi Prefecture. Yamazaki Mazak promoted the service to visitors.

THK set up a special room in the booth and promoted the IoT system called OMNI edge for equipment for machine tools. A vibration sensor is attached to the LM Guide linear motion guide device, and data is collected to enable predictive maintenance.

A product using AI was also shown. For example, San-Ei Trading exhibited blue assistant, which displayed similar drawings on the cloud when the new drawings are read.

It is possible to enhance the accuracy by loading a lot of drawings or excluding non-similar drawings with a single click by combining image recognition technology and AI. 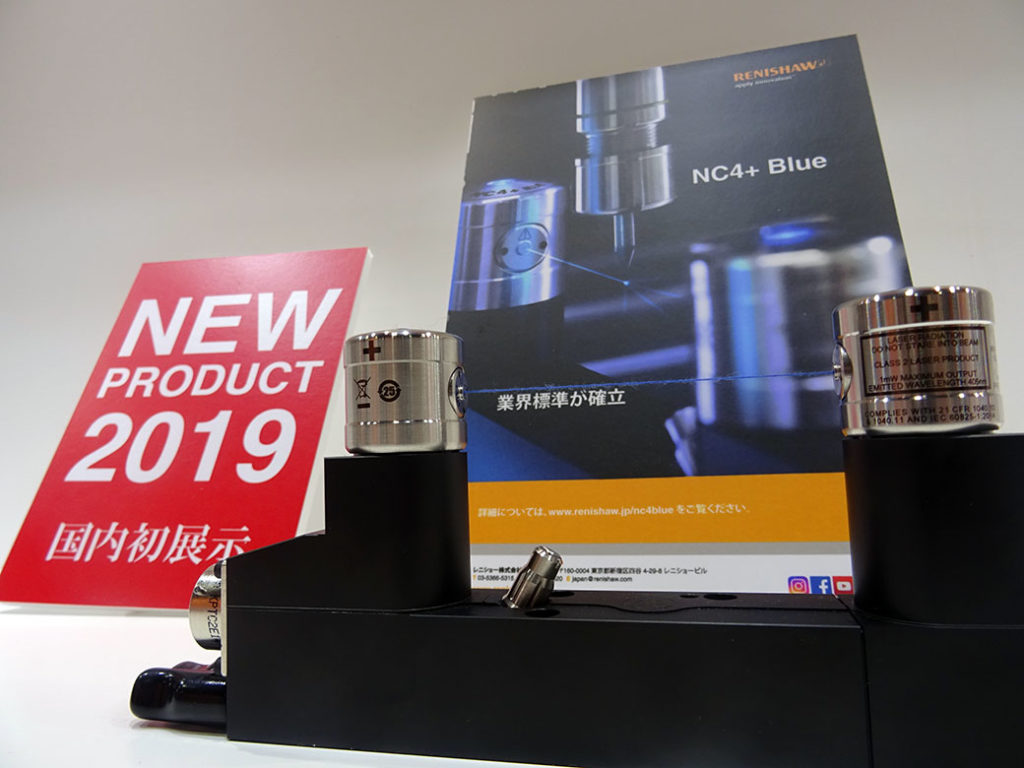 According to the visitor questionnaire, many respondents answered that purpose of the visit was to collect information on the latest products and trends. There were exhibits that incorporated the latest technologies which were unveiled for the first time in Japan and as a reference exhibit. Renishaw, a British measuring equipment manufacturer, unveiled the NC4 + Blue non-contact tool measuring system for machine tools for the first time in Japan. It is generally used a red laser, but the new product uses a blue laser.

It is possible to suppress the influence of diffraction that the wave of light travels behind the obstacle by adopting a blue laser with a shorter wavelength. It is possible to measure more accurately and it can be used for small-diameter tools.

The possibility of AM technology was promoted 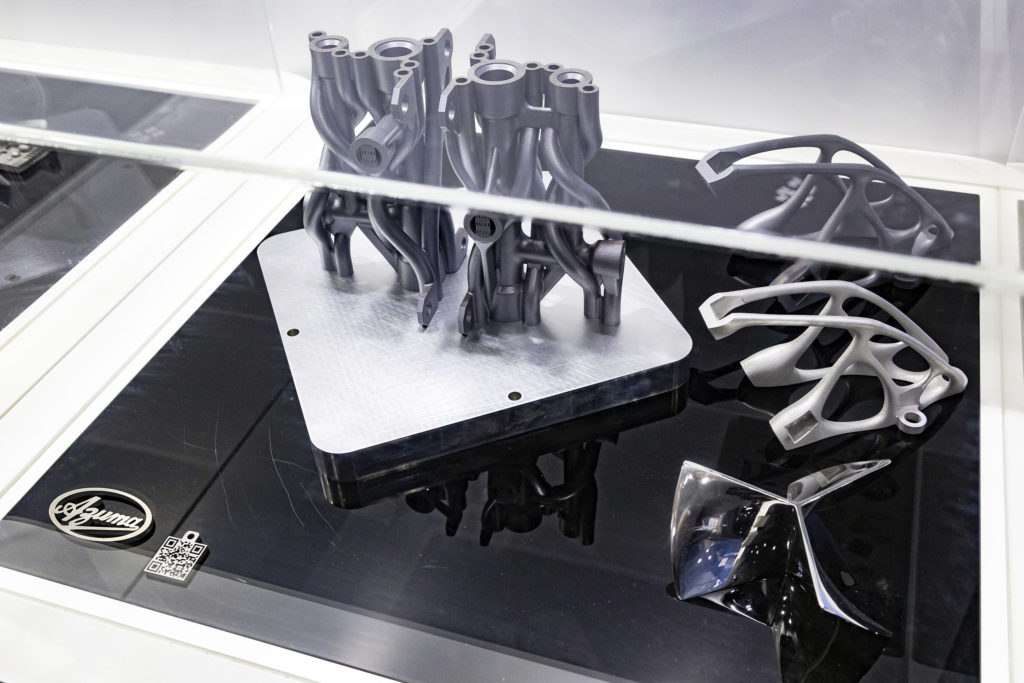 Machine tool builders developing metal 3D printers have been increasing. DMG MORI exhibited a metal 3D printer LASERTEC 12 SLM. This model adopts a powder bed method in which powder of materials are laid one by one and any part is melted and shaped with a laser. In the booth, DMG MORI displayed a workpiece sample of complicated configuration utilizing additive manufacturing (AM) technologies by borrowing it from users’ companies. 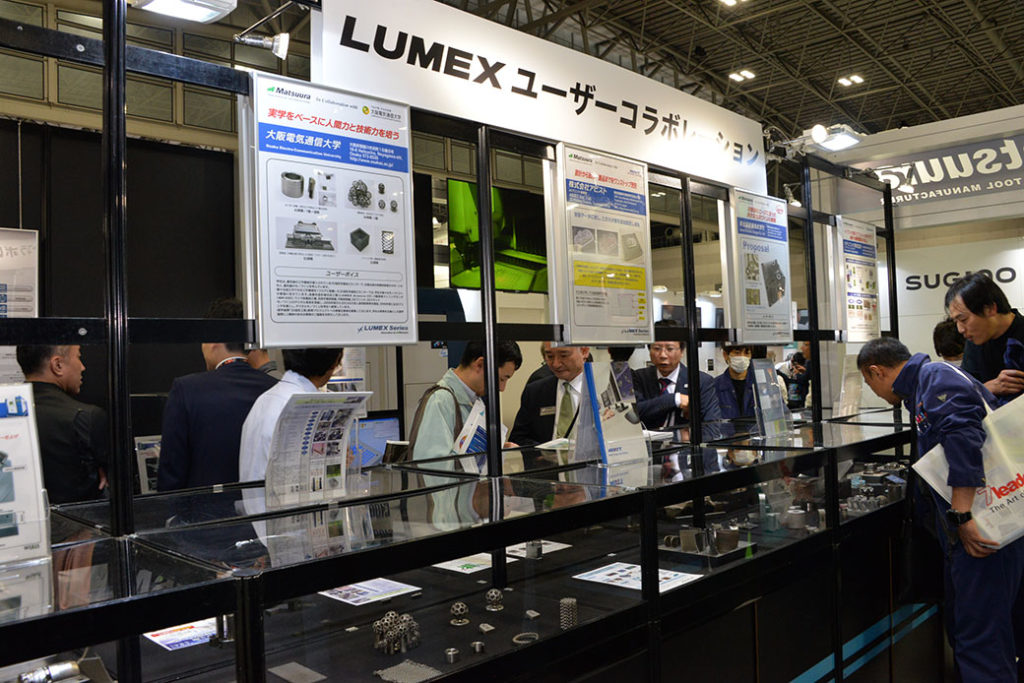 Matsuura Machinery has also set up a user collaboration where workpiece samples are displayed by users’ companies. The possibility of AM machine was shown to visitors. In addition, Sodick exhibited a workpiece with no warpage produces by the original stress relief technology (SRT) method. The person in charge said, “If there is no warp in the AM workpiece, it can be shaped closer to the final shape, and cutting of the following process becomes easier.”