KHI and others develop the first surgical support robot in Japan 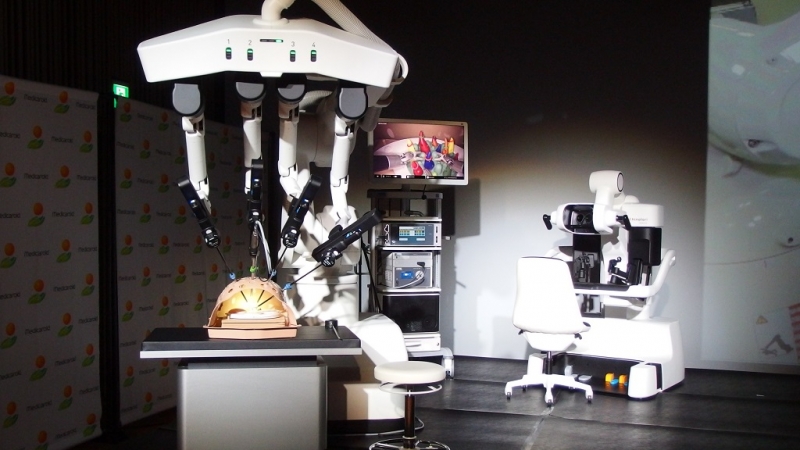 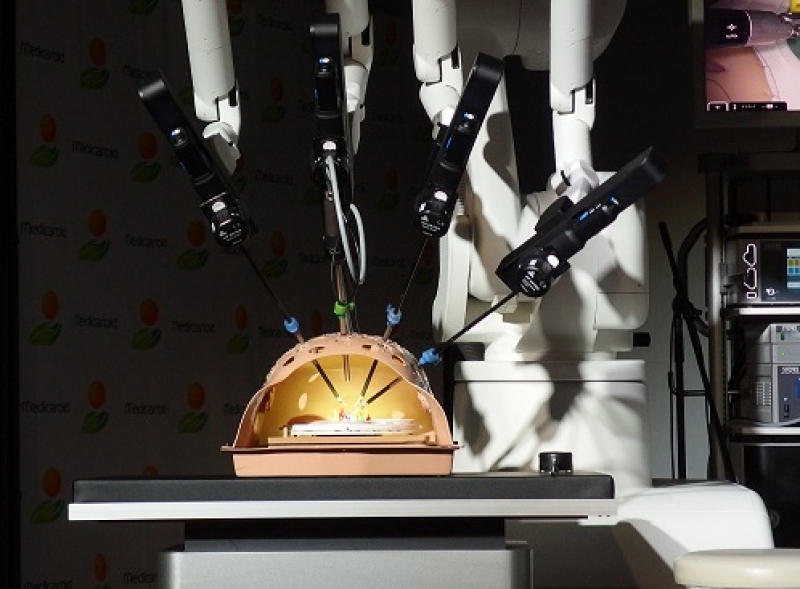 hinotori consists of a robot “operation unit” equipped with four arms and a facility specialized in operation called “surgeon cockpit”. KHI manufactures the operation unit, Medicaroid is in charge of manufacturing and systematization of the surgeon cockpit and forceps for robots, and SYSMEX will sell it to the world as a sales agent. hinotori named after the comic work “Phoenix” by Osamu Tezuka, a manga artist having medical license.

A doctor operates the arm of the operation unit through the surgeon cockpit. A doctor can insert forceps or an endoscope through a hole made in the abdomen of a patient and perform surgery while watching the image of the endoscope. A doctor can switch the operating arm by using the foot pedal.

Many types of industrial robot arms have 6 joints, but hinotori arms have 8 joints with a high degree of free movement. The thickness of the arm is about the same as that of a human arm. hinotori is controlled so that the arms do not collide with each other or the assistant next to the operating table.

3 companies will sell “hinotori” for domestic urology departments, and expand the scope of application and sales destinations. They aim for sales of 100 billion yen in 2030. 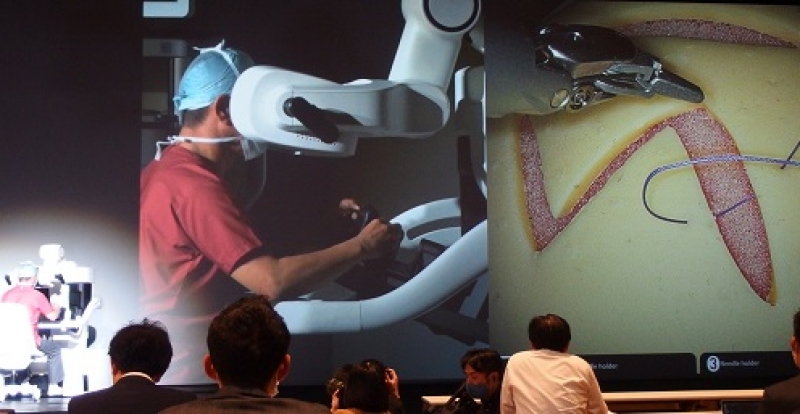