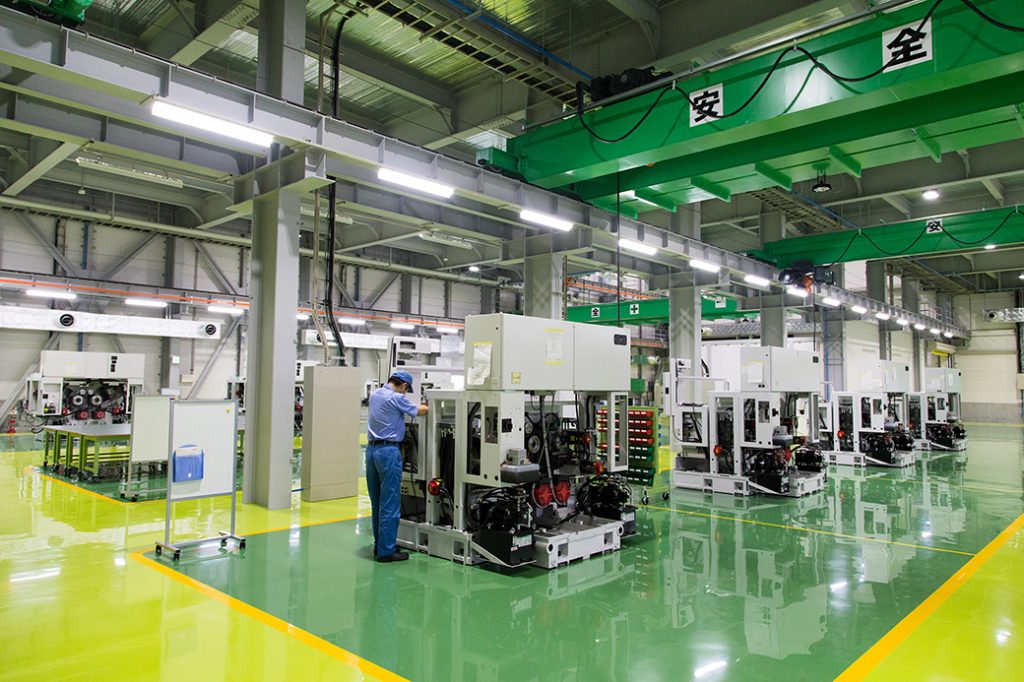 The fifth plant will be used for assembly of NC lathes and unit parts, and parts storage. The company used to assemble its machine and parts at the 1st plant, but 1st plant space was too small.

The planned monthly production will be increased by about 10 units, and the production capacity of the head office factory will be improved by about 20%.

Mr. Jyunji Matsubara, managing director of manufacturing and purchasing said, “It was the first in-house plant to assemble divide into two floors, and we would like to shorten the production lead times”. In addition, the company also introduced advanced equipment, including software to manage the progress of the process.