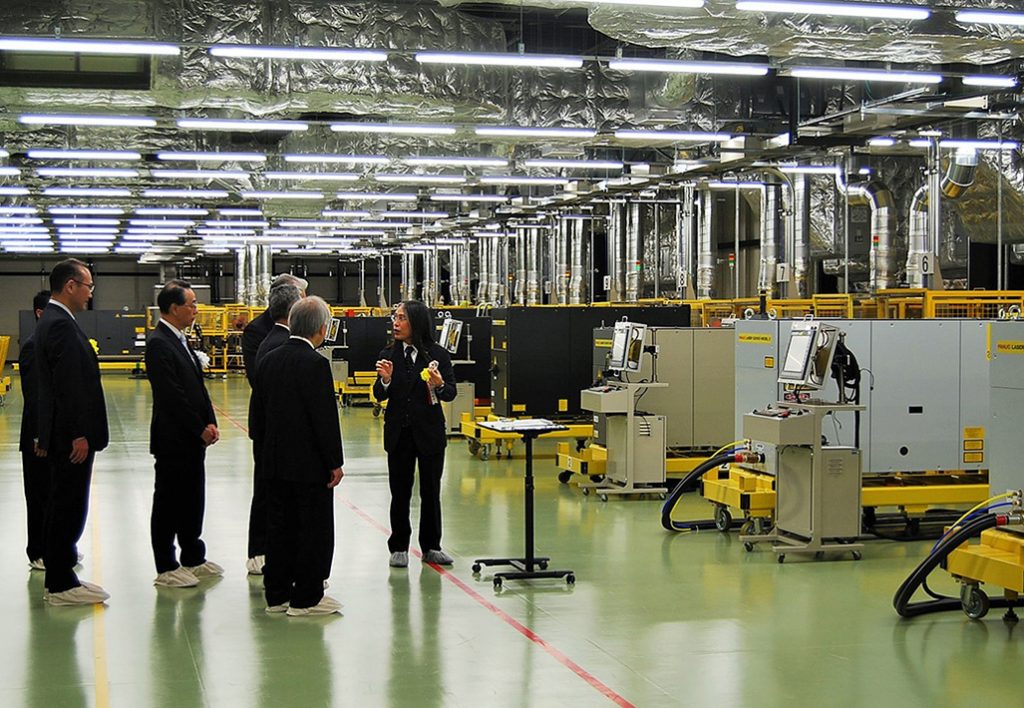 On November 1, 2017, FANUC opened the “Mibu Laser Factory” in Mibu, Tochigi prefecture. A part of the factory was unveiled at the completion ceremony (=photo).

The Mibu factory has six buildings and produces CNCs and Servomotors. The new laser factory is the sixth factory building after shipping center. The first floor of the two-story houses FF laser, a joint venture company with Furukawa Electric, while the second and third floors produce fiber lasers and CO2 laser oscillators, with a capacity of 400 units a month. Currently, the plant is capable of producing 100 units a month, and in two to three years, it will be capable of producing 400 units per month.

At the same time, the company signed a land purchase agreement with Tochigi prefecture. The final contract to acquire approximately 700,000 square meters of land for the Mibu factory in six terms has been completed. After signing the contract with Fukuda Tomikazu, the governor of Tochigi Prefecture, Yoshiharu Inaba, CEO of FANUC, said, “The Mibu factory is the second-largest production base after the Yamanashi head office factory, responding to increasing demand and efficiency as a state-of-the-art factory by promoting automation, robotization, and networking”.