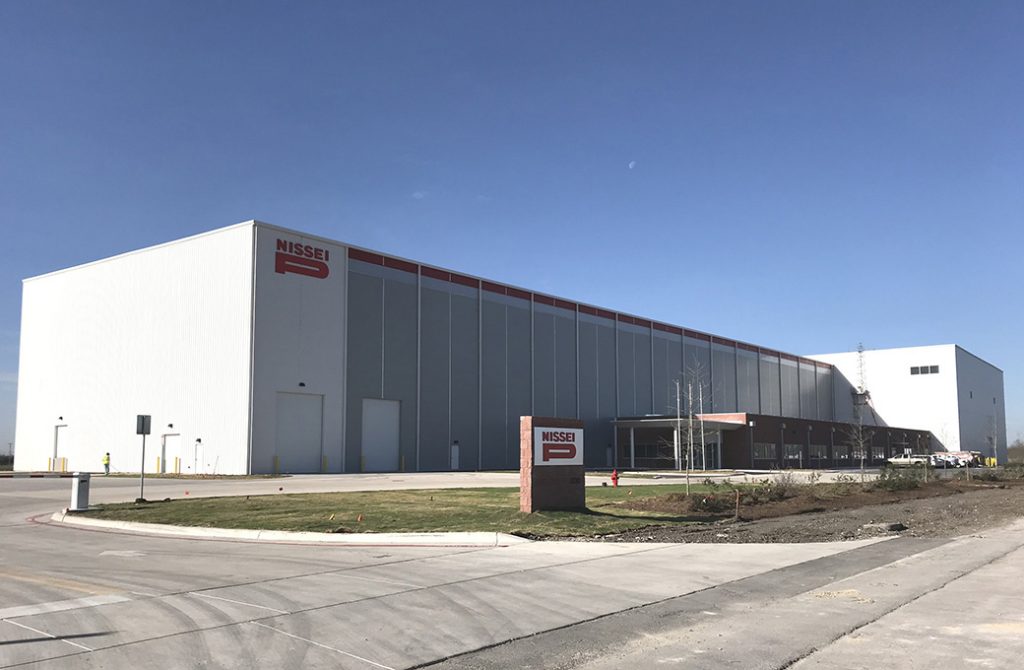 A new plant (photo) that NISSEI PLASTIC INDUSTRIAL has been constructing in the United States started operations in March 2018. This is the NISSEI’s third overseas production base, following China and Thailand.

On March 14th, 2018, the company announced the opening of a new wholly owned subsidiary “Nissei Plastic Machinery America” in San Antonio, Texas. The new factory is built on a 36,500 square meters site with a building area of 1,680 square meters. It houses assembly and warehouse areas, exhibition rooms, technical centers, and offices. The facility will be used for machining and assembly of hybrid injection molding machines (mold clamping force of 560 to 1,300 tons). The total investment is approximately 2 billion yen. The opening ceremony will be held in May.

NISSEI’s management policy is “to produce and supply the most suitable models to meet the needs of each market”. The company established production subsidiaries and plants in China in 2009 and Thailand in 2012.

The operation of the U.S. plant has created a production system in four production bases worldwide. In the future, the company intends to produce the best models in the best locations, procure parts and materials in the global markets, and build supply chains.