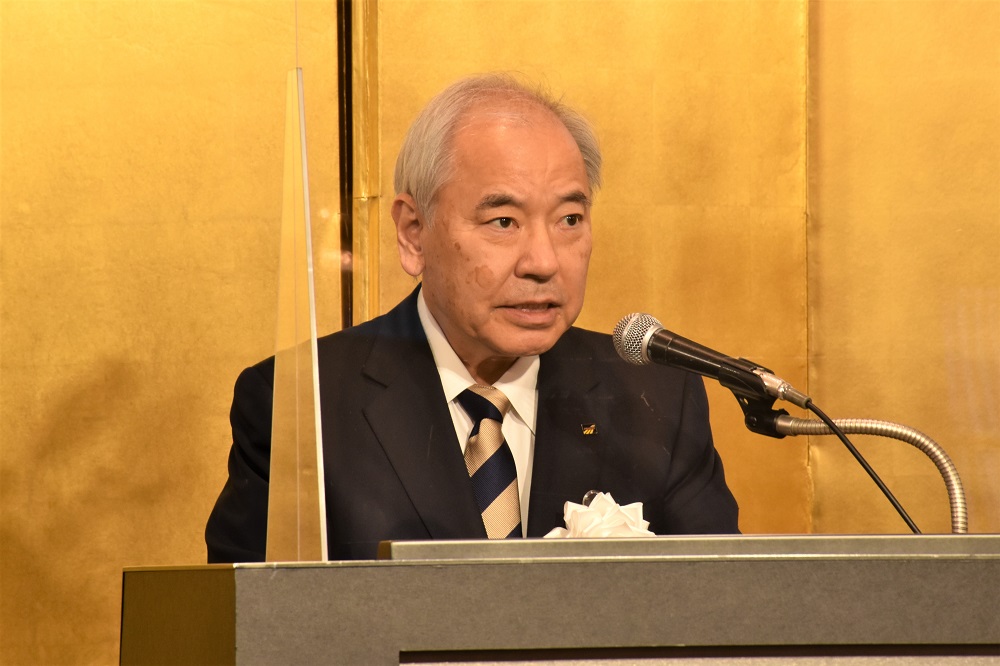 The “sixfold pains” in the Japanese economy

JMTBA celebrated its 70th anniversary in December 2021. To mark the occasion, a commemorative ceremony was held on March 18, 2022.

The market has expanded steadily through various economic waves. Starting with the Great East Japan Earthquake, followed by the appreciation of the yen below 80 yen to the dollar, high corporate tax rates, delays in free trade agreements, high electricity prices compared to other countries, rigid labor markets, and environmental regulations, “the Japanese economy suffered the “sixfold pain”. However, the economy has since been on a recovery path, reaching an all-time high for two consecutive years from 2017, reaching 1,815.8 billion yen in 2018,” he said, looking back on the past 10 years. 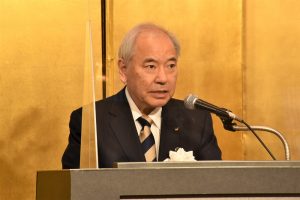 Dr. Yoshiharu Inaba, chairman of JMTBA, emphasized that “We are taking measures from a long-term perspective”.

Dr. Inaba stated that the recent friction between the U.S. and China and the COVID-19 pandemic, as well as the invasion of Ukraine by Russia, have made the current situation more uncertain. He then stated emphatically, “Although it is easy to lose sight of targets, but the Japanese machine tool industry should take a long-term perspective in implementing measures”.

Three directions for the development of new technologies were also presented. The first is “green,” which addresses environmental issues such as carbon neutrality. The second is “digital,” which will utilize the Internet of Things (IoT), artificial intelligence (AI), and other technologies to realize automated production systems. The third is “resilience,” which involves creating an environment that facilitates recovery from disasters by strengthening supply chains and other measures. Dr. Inaba pledged, “We will further develop the machine tool industry by advancing technological development based on these three keywords: green, digital, and resilience”.

Based on these perspectives, the “Machine Tool Industry Vision 2030” has been compiled to show the path the industry should take in the future.

The ceremony also honored members and academics who have made significant contributions to the development of the industry. 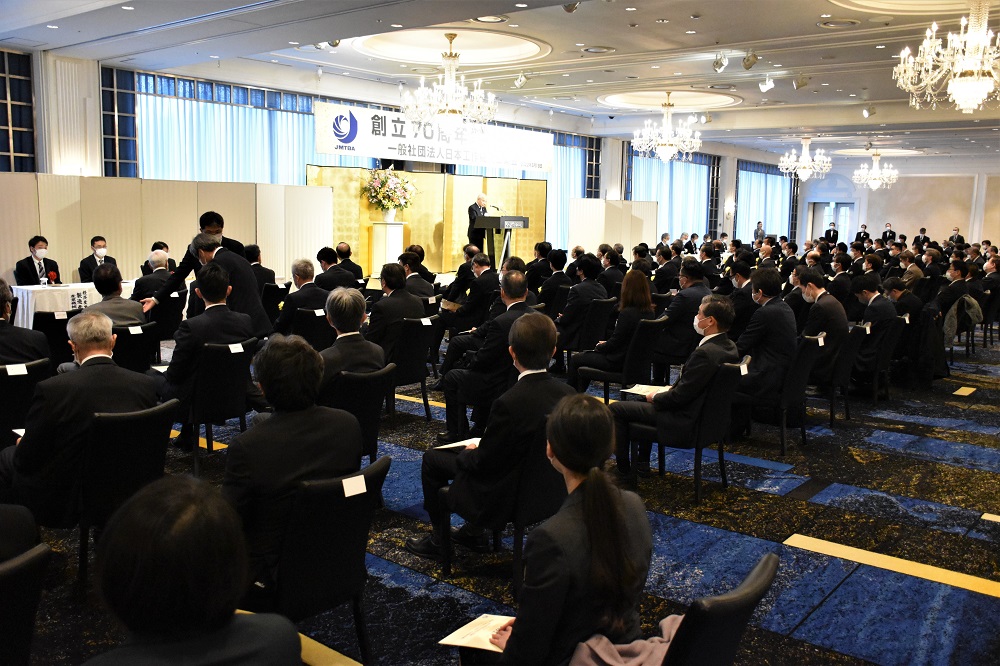 About 150 people attended the ceremony. 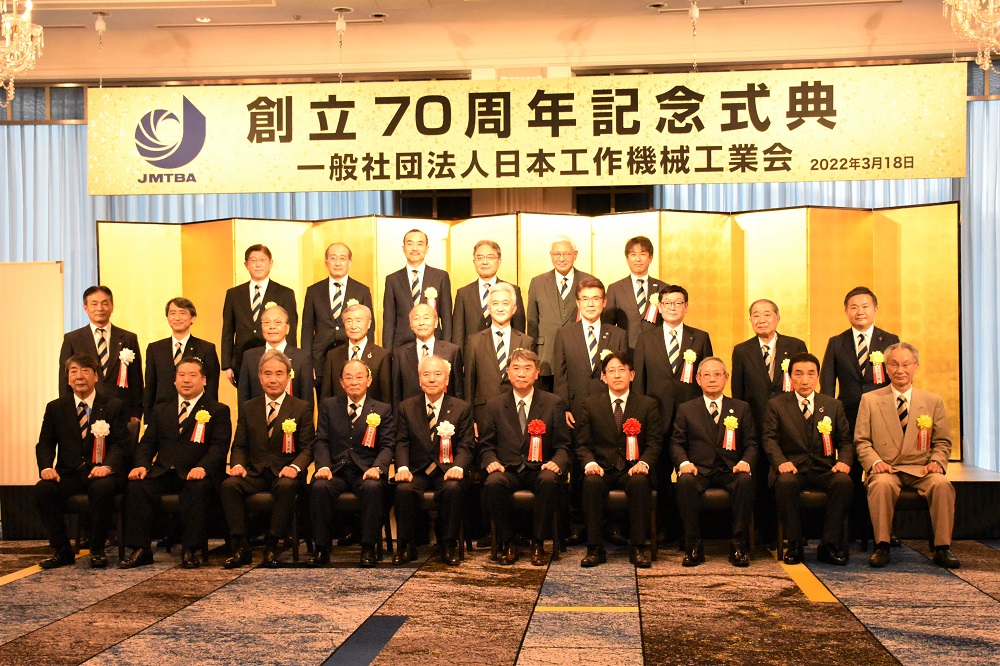 Recognition of JMTBA members and academics who have made significant contributions to the development of the industry.