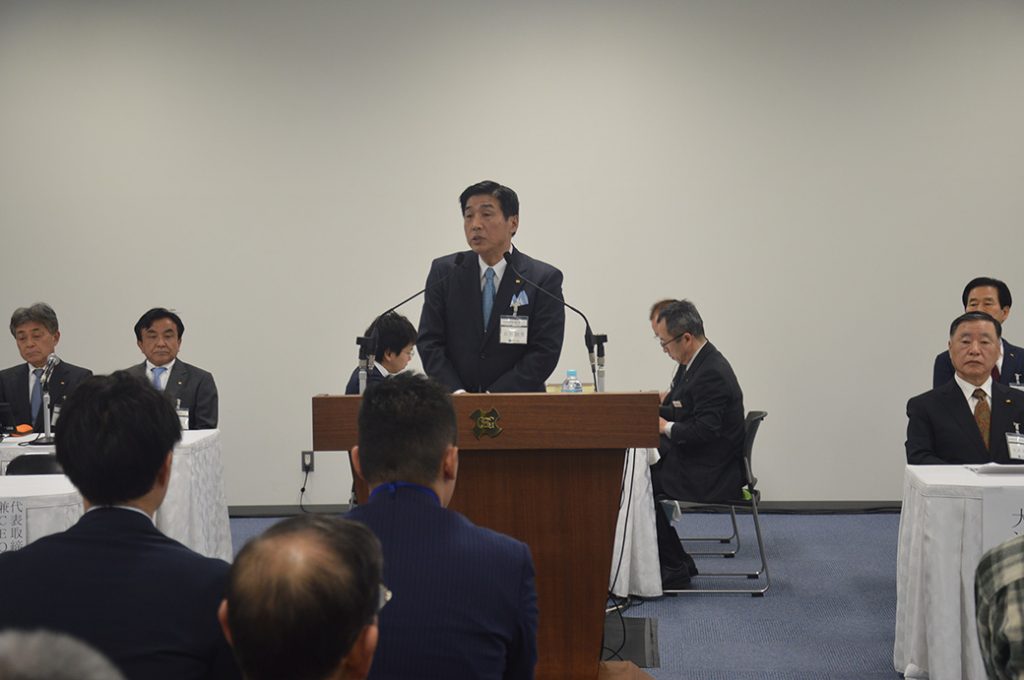 Aiming to be an open general meeting, it was also opened to the press as usual.  Annual sales in the fiscal year ended November 2017 was 120,198 million yen increased by 13.9% from the previous fiscal year, the highest ever recorded.

In the fiscal year ending November 2018, the Company plans to expand its “A Brand” flagship product lineup and strengthen its overseas production and sales organization to achieve sales of 130 billion yen and operating income of 22 billion yen.

In addition, in order to clarify the supervisory function of the directors and the business execution system of the executive officers, a new personnel system was established. Total of 7 members of the board consinsts of the president Norio Ishikawa and 6 of outside directors.

As a result, “the company has become more shareholder-oriented than ever before,” president Ishikawa said (photo).

Aluminum frame maker SUS relocates and expands its base in Kanazawa