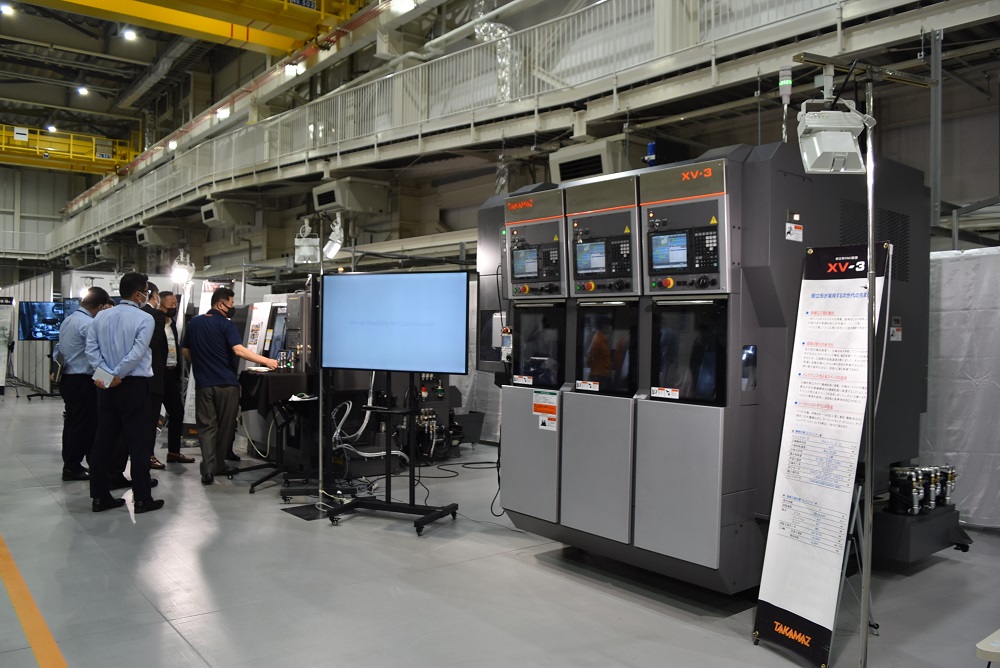 Takamatsu Machinery held a private show at its new “Asahi factory” in Hakusan, Ishikawa Prefecture, for five days from June 6 to 10, 2022 (=photo). The show also featured the Asahi factory, which began operations in April of this year, and was well attended by about 500 people over the five-day event.

A total of 14 machines were exhibited at the show, such as vertical lathes manufactured by EMAG from Germany, machining center (MC) manufactured by FEELER from Taiwan, and the newly developed robot system “ServoROT-01”. The company also introduced two new machines that will be exhibited at “The 31st JAPAN INTERNATIONAL MACHINE TOOL FAIR (JIMTOF2022)” to be held in November this year.

The new models introduced were the “XWG-3,” a gang-type parallel twin spindle lathe with a 3-inch chuck, and the “XTs-6,” a single spindle CNC lathe with a 6-inch chuck. Both models provide higher production efficiency compared to conventional machines and also contribute to CO2 emission reductions through improved energy-saving performance. “In developing these new models, we also took into consideration the Sustainable Development Goals (SDGs) and carbon neutrality”, said Mr. Soichiro Takamatsu, president of Takamatsu Machinery.