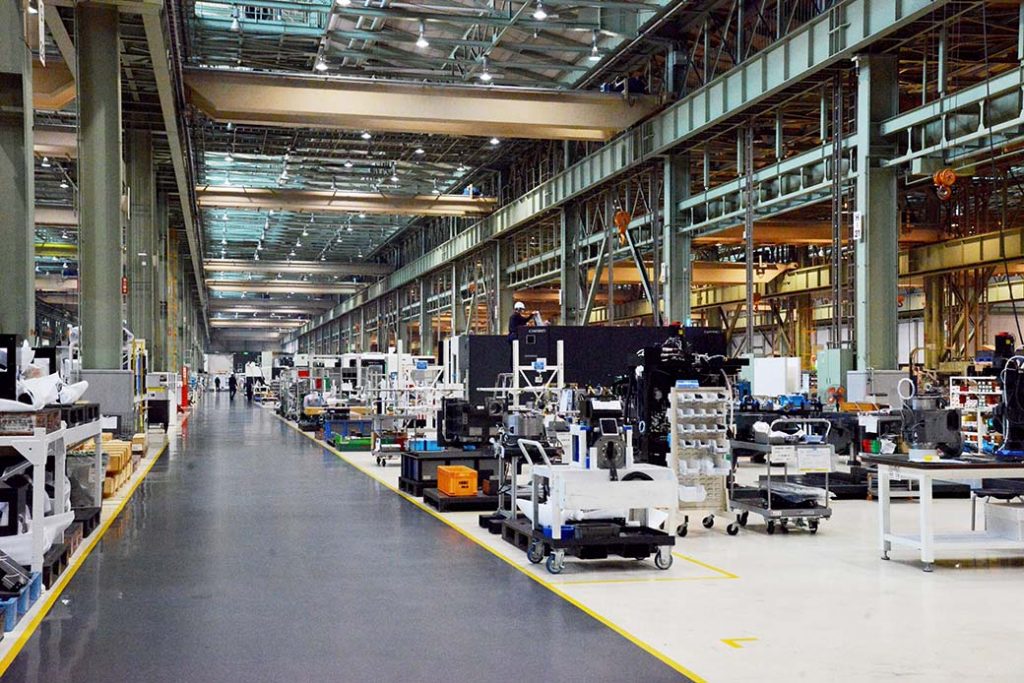 Orders received in March were 182.8 billion yen, up 17.8% from the previous month and up 28.1% from the same month a year before.  Recorded highest amount as a single month orders.  The year-on-year increase continues for 16 consecutive months.

External demand increased by 18.9% year on year to 107.3 billion yen, a record high. Domestic demand also increased by 44% to 75.5 billion yen (the amounts were preliminary figures) due to seasonal factors at the end of the fiscal year.

In machine tool, orders have been strong and records continue to be updated. However, eliminating the shortage of supplies of critical components, such as linear motion guide devices, is a major issue.  Manufacturers are unable to increase production (photo). There are concerns that the supply of these products will affect future trends in orders.

Aluminum frame maker SUS relocates and expands its base in Kanazawa