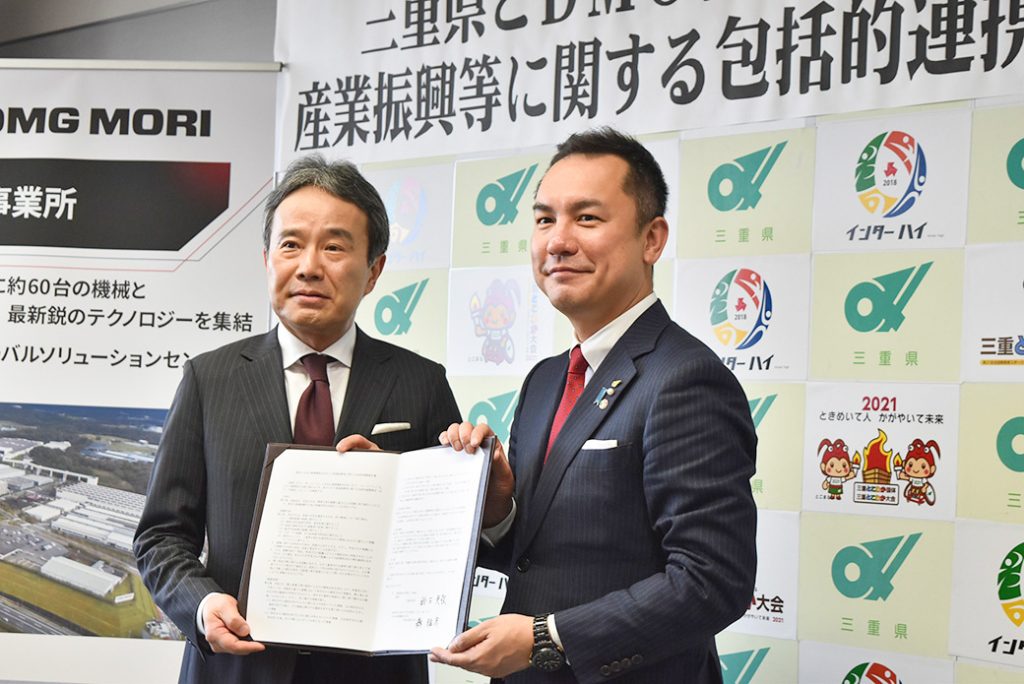 On April 13, 2018, DMG MORI announced that it would conclude a comprehensive agreement with Mie Prefecture on industrial development and regional revitalization.

This was the second agreement with local governments for the company, following Nara Prefecture in March 2017.

Based on the agreement, DMG MORI will lend out the latest 5-axis machining center to the industrial research laboratory in Mie prefecture and work on improving the technical level.

The company also plans to lend a number of machine tools to industrial high schools and dispatch lecturers.

“For machine tools not only hardware but also the importance of embedded software is increasing,” said Dr. Masahiko Mori, president of DMG MORI. “Therefore, it is our pleasure to develop embedded software together with laboratories and technical high schools.”

In addition, DMG Mori will cooperate in the promotion of sports and contribute to the revitalization of local communities.

In Iga City, Mie Prefecture, the company has its main production base, the Iga Plant.

Mr. Mori says, “since the establishment of the Iga Plant, we have been indebted to Mie prefecture for nearly 50 years. I have concluded an agreement, hoping to return some kind of gratitude to the local community.”