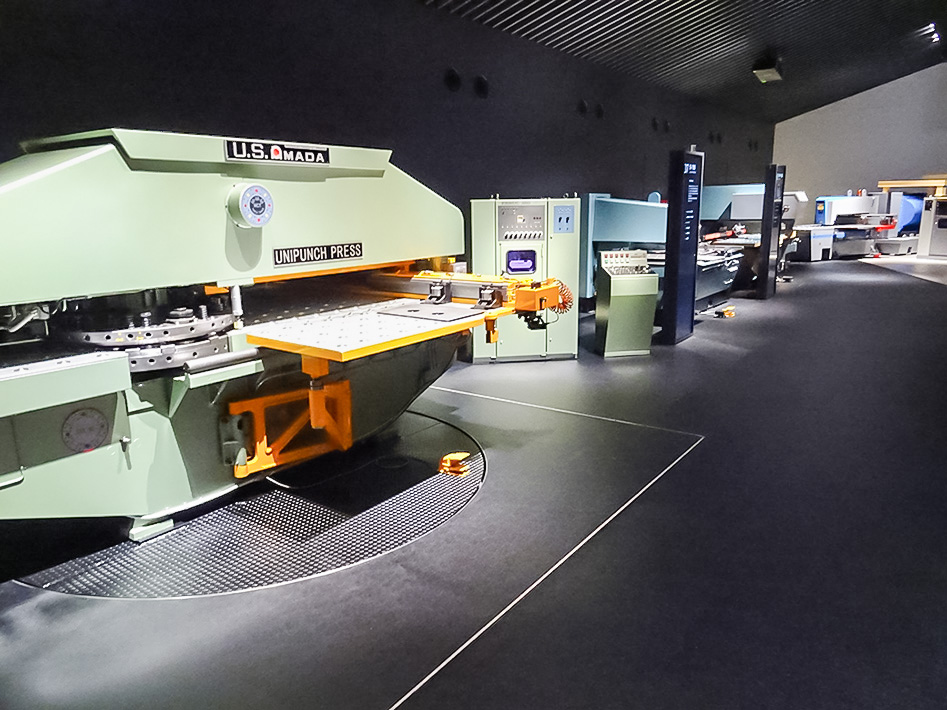 On April 18, 2018, Amada Holdings opened the Amada Memorial Hall in the premises of the head office in Isehara City, Kanagawa Prefecture.

In 2016, the company celebrated the 70th anniversary of its founding, and established its hall as part of its commemorative program.

Lathes used by the founder entrepreneur Isamu Amada and other machines of the succession produced by the Amada group are exhibited in the hall (= picture).  This is the first large-scale exhibition facility for the company to collect major metal processing machines together.  The group’s history, which has contributed to the advancement of the industry, is introduced to visitors by using projection mapping which displays images in space utilizing CG technology and automatic voice guidance system.  In addition, the hall was designed as a Japanese style building.  A Japanese garden was also placed around the hall.

The opening ceremony was also held on the same day.  Approximately 50 people participated, including Mitsuo Okamoto, chairman of Amada HD and Tsutomu Isobe, the president of Amada HD, as well as government and construction personnel.  For the time being, it will be open to business partners and stakeholders, and will be open to the public from April 2019.