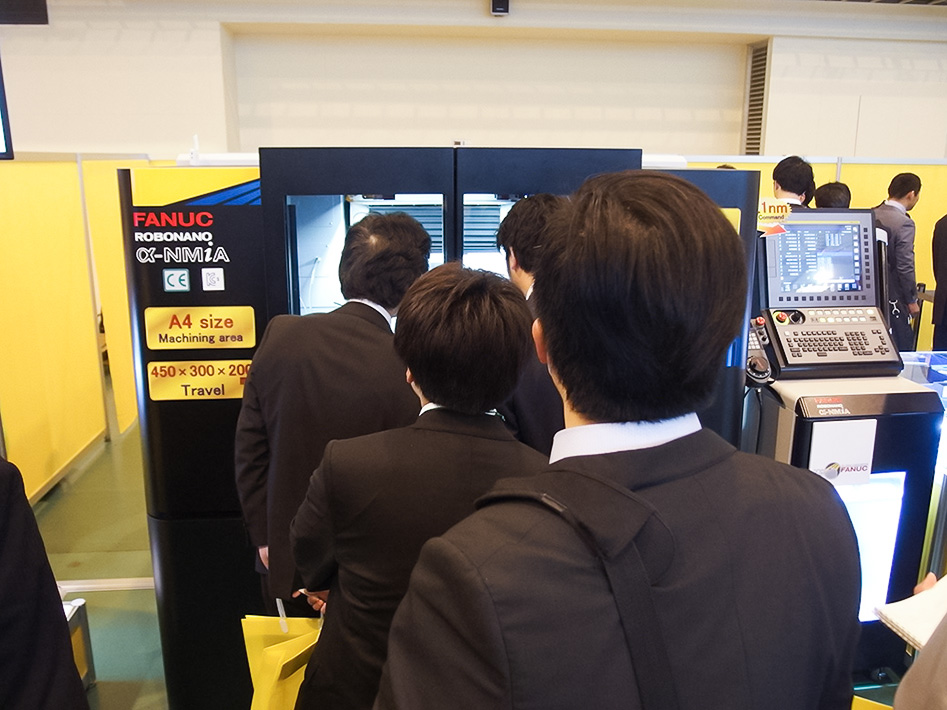 ROBONANOα-NMiA, a five-axis machine capable of precision milling and spring neck machining, attracted attention.  A command can be issued at a resolution of 0.1 nanometers (nm=1 millimeter) which is one order of magnitude smaller than the conventional one.  Hydraulic hydrostatic bearings are used for linear shafts to provide rigidity and damping.  In addition, a pneumatic hydrostatic bearing that capable of suppressing an increase in temperature was adopted for the tool spindle and the work spindle that rotate high speed to each other.  In the stroke, the X, Y, and Z axes are 450×300×200 mm, respectively.  It also processes A4 size workpieces.  It is suitable for molds of complex parts of automobile parts and parts of luxury watches. At the venue, Fanuc displayed the molds of the automobile head up display and head lamp as examples.

In addition, the company introduced its latest initiatives to visitors, including the expansion of its FIELD system manufacturing IoT platform, which was launched in October 2017, and the introduction of its newly launched “Fanuc Service Site.”