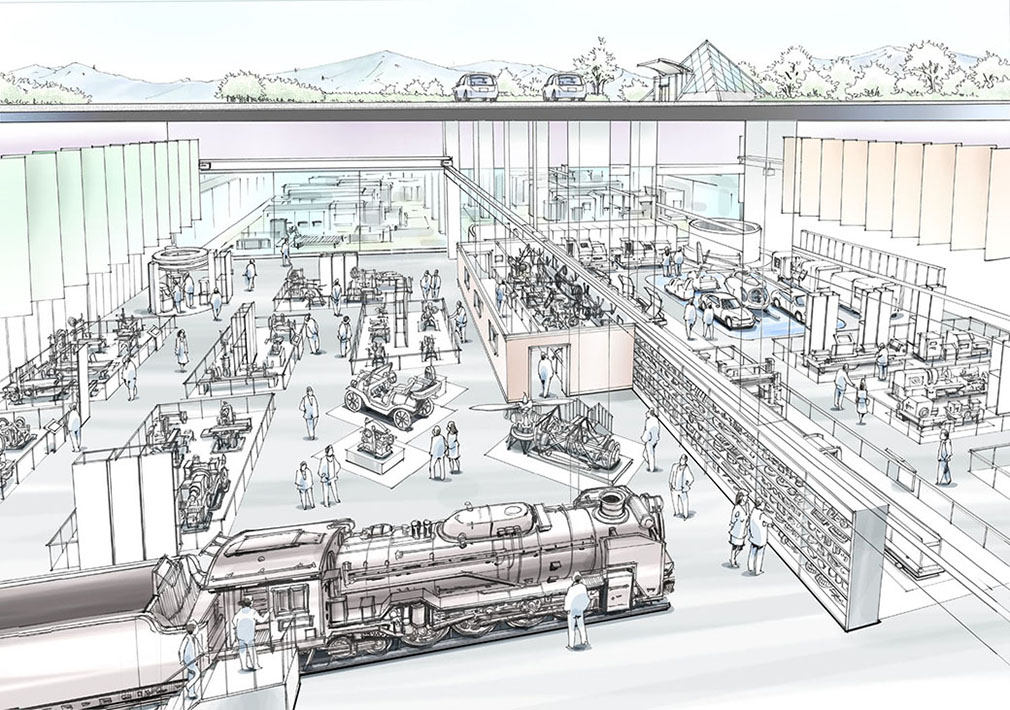 On May 30, 2018, Yamazaki Mazak announced that it would open the machine tool Museum (=Image) in the fall of 2019.  Approximately 600 items are stored.  Mazak will display a variety of machine tool, including steam locomotives, automobiles, and airplanes made of machine tool, from the 19th century to the present-day.  It is part of the project commemorating the centennial anniversary of its founding in 2019.

The Museum will be opened at Yamazaki Mazak Optonics Underground Factory in Minokamo City, Gifu Prefecture, which is currently producing laser processing machines.  It is an underground museum about 11m deep from the ground surface.  The investment amount is about 1.5 billion yen, and the total floor area is about 10,000 m2.  Manufacturing of laser processing equipment will be transferred to Minokamo Plant 1, which is being reorganized as a special assembly plant.

Tomohisa Yamazaki, president of Yamazaki Mazak said, “although machine tools contribute to the development of society, there is no opportunity for the general public to see, and the degree of recognition is low. I want more people to know machine tools and lead to further development of the industry.”  Within the museum, it will have an automated line for parts processing utilizing IoT, and plan to link 12 newest machine tools.  Not only will the history of machine tools but also exhibitors be able to visitors to feel the evolution of machine tools.