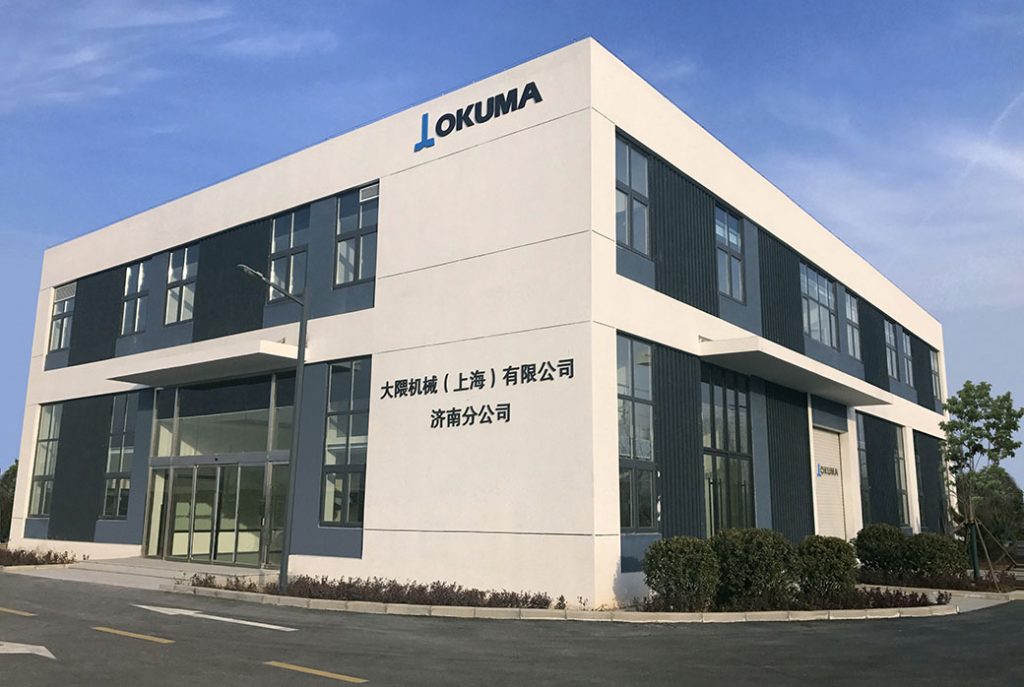 The Jinan branch office is the third TC in China and the amount of investment is about 300 million yen.

Chinese government is working on tax incentives and infrastructure investment in manufacturing as economic policy this year while China’s economy has been slowing due to trade friction with the U.S.

In China, the shortage of human resources is a problem, and the demand for automation and labor saving using industrial robots is expected to increase.

Shandong Province has one of the China’s largest economies, with high-tech industries clustering.

In order to actively propose high-value-added machine tool and automation facilities for an increasingly sophisticated Chinese manufacturing industry, such as the five-axis machining center (MC) and multi-tasking machine, the Jinan TC was newly established following by Shanghai and Guangzhou.

It covers the Shandong Province, northern Hebei Province, Beijing and other areas.

Taking advantage of the opening of a new TC, Okuma aims to get orders of 40 billion yen per year in China. Jinan TC will provide instruction on test cutting, machining support.