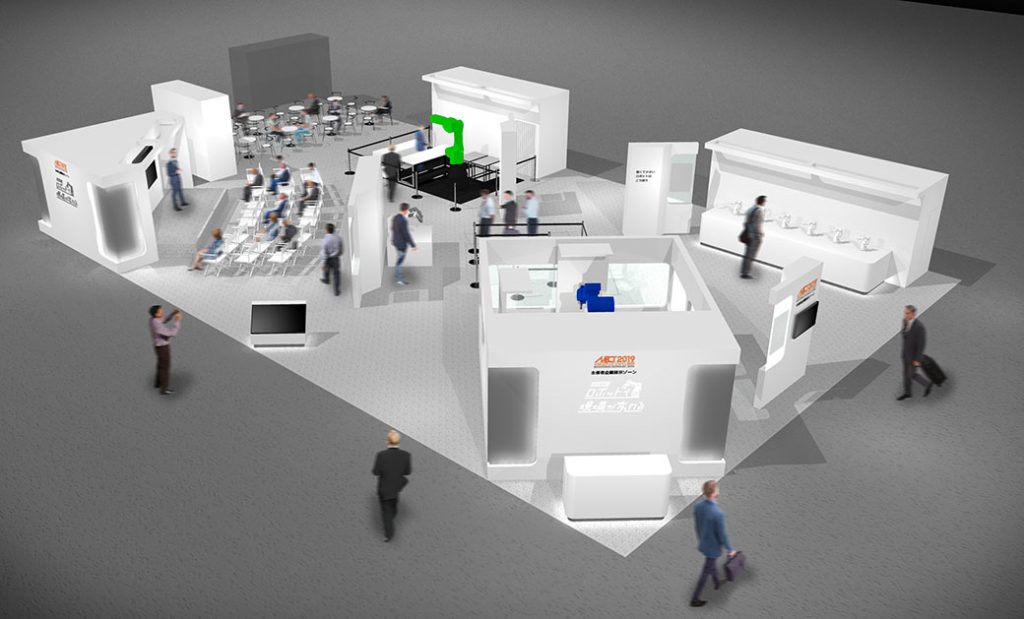 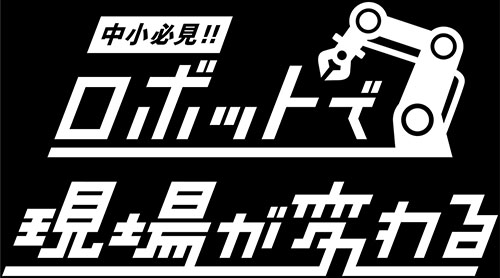 Three cutting systems will be unveiled as a world premiere at MECT2019. The first one is the MOTOMAN-GG250, high-rigidity robots developed by YASKAWA Electric in response to TRI ENGINEERING’s requests. It has a strong structure for external force. It solves a reduction in machining accuracy due to a low deflection rigidity, which has been regarded as a weak point of robots. The second one is a cutting tool. The machining time by robot is longer than by machine tools, but can be shortened by adjusting the cutting condition. Tools are important for further speeding up. Iwata Tool will unveil the end mill developed for robots at the venue. It is possible to do from finish machining to roughing machining and chamfering with one end mill, and can be machined at twice faster than conventional tools. “Tools have potential to be improved. We want the end mill to be double speed at MECT2019,”

said Masanao Iwata, president and CEO. The third one is a robot-on-robot with a small robot attached to the tip of the robot. Small robots at the top have nozzles and provide coolant liquid. The nozzle moves to the suitable position in according to the machining direction. CFRP will be machined for demonstration at the venue. Therefore, the vacuum system is attached to the robot.

Robot cuts metal instead of special purpose machine does 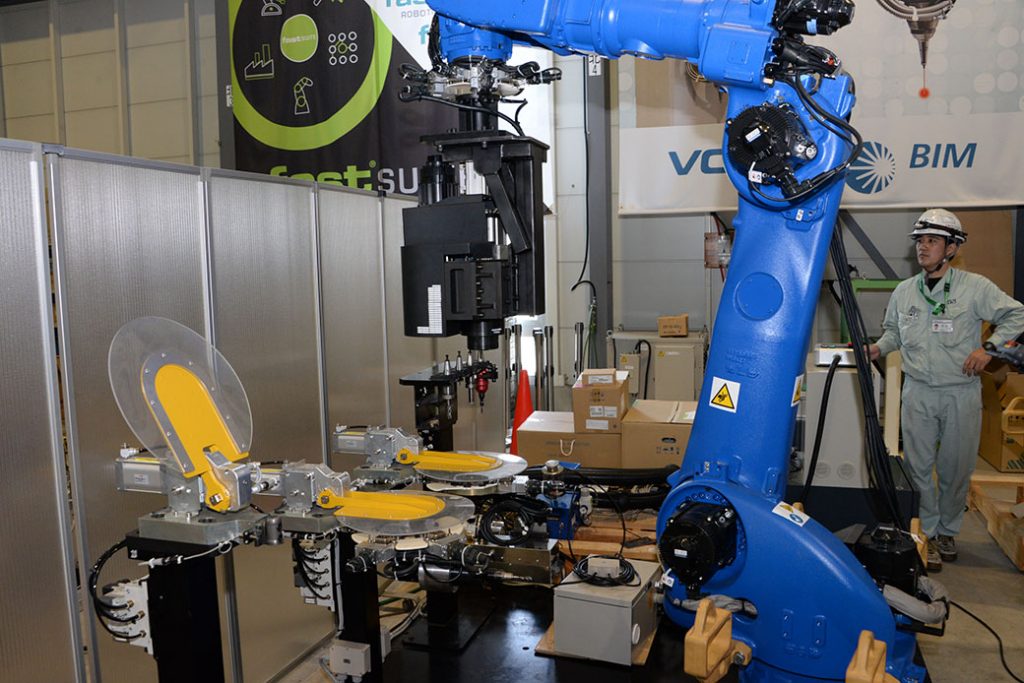 TRI ENGINEERING began working on cutting by robot in 2015. The company decided in consideration of requests from customers and expansion of robot applications. People around said at that time, “it is impossible that robot cut the workpiece.”

Robots are less rigid than machine tools. Vibration and deflection during machining are likely to occur, and the blade of the tool might be chipped. “When we started working on, we were panicked because the robot vibrated violently,” Takeharu Oka, director recalled. TRI ENGINEERING made trial and error by reviewing machining requirements and systems and selecting robots with higher rigidity. The robot reached the practical phase in 2017. TRI ENGINEERING has current and previous customers who adopted the robot.

The robots are used to machine bumper reinforcement of parts inside front bumpers at the U.S. factory of automotive part manufacturer. The workpiece is 1400mm to 1600mm wide, the both ends were bent, so it was necessary to machine with a 5-axis machine. That company used to buy special purpose machine for all models, but it introduced robot that deal with the machining of various models.

“Our robots are not yet well known and will spread from now, and at MECT2019, we would like to sweep away the impression that the robots can not machine the workpiece,” said Mr. Oka. In addition to robot cutting, Concept Zone prepares proposals and demonstrations that provide hints at machining sites. It will make the impression of industrial robots change.