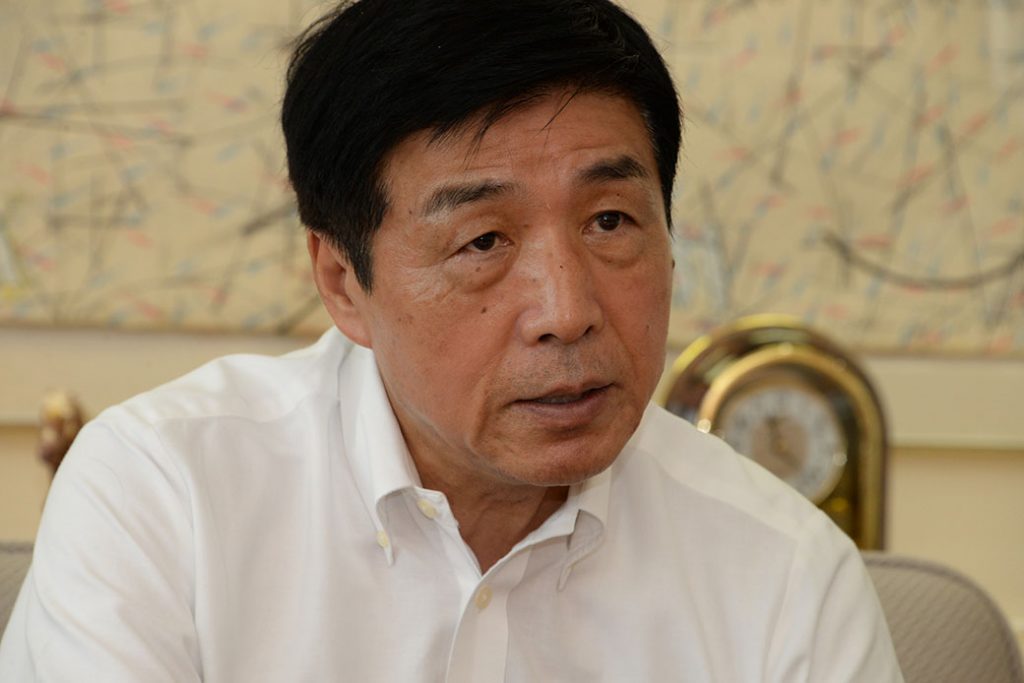 Japan accounts for 19% of global production

To enhance the JTA’s presence

“First of all, it is necessary to enhance Japan’s presence.” Mr. Norio Ishikawa, Chairman of the Japan Cutting & Wear-resistant Tool Association (JTA) and President & CEO of OSG Corporation, explains the future efforts of the JTA. The market conditions for machine tools have lost the momentum they exhibited until last year and appear to have been slower. The domestic tool market has also weakened. With this as the background, Mr. Ishikawa speaks about the direction the JTA should take.

– While orders for machine tools have fallen, what about tools?

Domestic trade inquiries were strong until the long holiday season of May, 2019. Since then, however, production plans have tended to be reviewed among users, and the tool market conditions have weakened. Meanwhile, overseas markets vary depending on the region. Judging from the sales and production volumes of automobiles for each country, the markets in North America and Europe are not that bad. Those of China and India have worsened.

– What about the position of domestic tool manufacturers?

Japan’s economy is based on the export of products and services. Since we lack natural resources, it is necessary to provide world-class products and services. Japan’s strength rests on its broad-based manufacturing industry, including automobiles and machine tools. Because many companies are capable of manufacturing high-quality products, the requirements for tools are strict, and this has led to improvement of the technical capabilities of tool manufactures. Only part of Europe has a similar broad base. However, even if we have the same level of technology, European manufacturers have an advantage in terms of environment because of the huge European Union (EU) market.

– Under such conditions, what kinds of efforts will the JTA undertake?

First of all, it is necessary to enhance the evaluation and presence of the JTA and Japan’s cutting-tool manufacturers globally. The Japanese machine-tool industry has a high presence throughout the world. This is because there are accurate statistics and because the market share of Japanese machine tool builders is clear. On the other hand, the cutting tool industry has never had accurate statistics on a global scale. Therefore, nobody knows the market share of Japanese manufacturers or how many tools are consumed in Japan, and the various statistics are confusing.

– Japanese cutting tool manufacturers need to make the world aware of their capabilities.

That’s right. As Chairman of the JTA, I announced the value of the production of the global cutting-tool industry and the share of Japanese manufactures at the World Cutting Tool Conference (WCTC 2019) held in Germany in June of this year, which was shortly after I became Chairman. Fortunately, accurate domestic statistics were available. It was possible to calculate domestic consumption from the values of production, exports, and imports. For the value of global production, it was possible to estimate a fairly accurate market size from the sales of leading tool manufacturers; data from the industry associations of Japan, the U.S., China, and Europe; and the market share of Japanese manufacturers for each country.