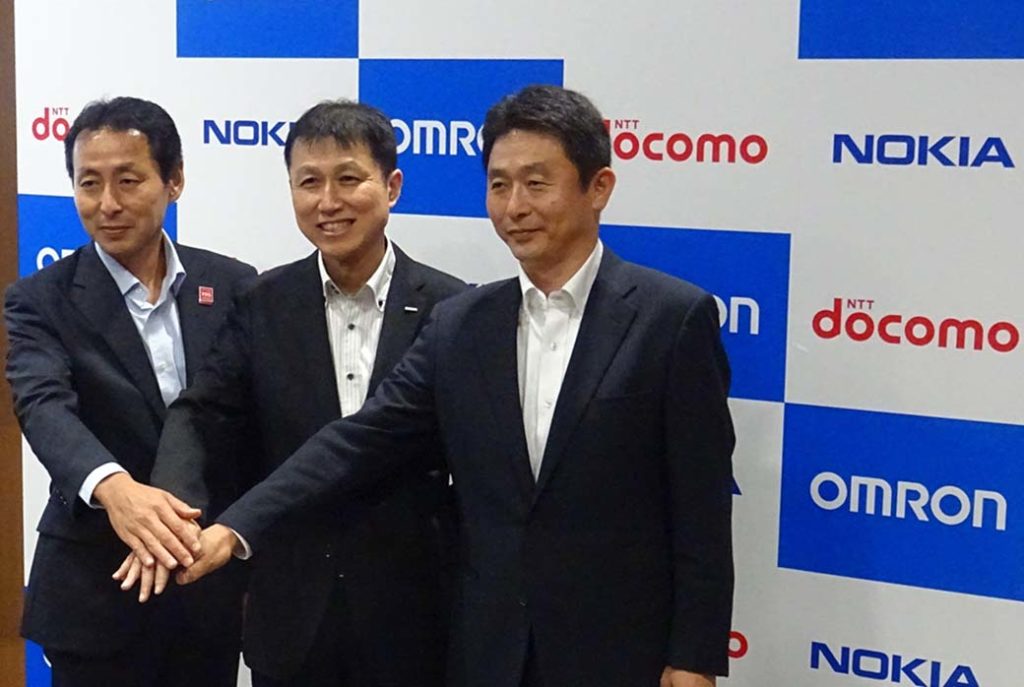 OMRON held a press conference in Tokyo on September 10, 2019 in collaboration with NTT DOCOMO and the Finnish telecommunication company called Nokia Group Japan. It was announced that the three companies would collaborate on a demonstration experiment to introduce the next generation communication standard (5G) at the manufacturing site (photo). The demonstration experiment will be conducted at the OMRON Kusatsu plant in Shiga prefecture, where the company manufactures industrial equipment. The team will start demonstration experiment in 2019. NTT DOCOMO is responsible for operation using 5G-compatible devices, while Nokia provides hardware such as base stations.

The advantage of 5G is ultra-high speed with large capacity, rarely delay, and connecting to some machines simultaneously. The production equipment data used to be communicated by wire, but can be wireless. The introduction of 5G is expected to improve productivity and efficiency. Shinji Fukui of OMRON executive officer said, “it is possible for 5G to build a production line that can produce variable quantities”. The team aims to realize a “layout-free production line” that can flexibly change the layout of the production line and “real-time coaching” that uses a large amount of data and artificial intelligence to compensate for the lack of skilled workers. The efforts of the three companies will be displayed at the IIFES2019 in November 2019.