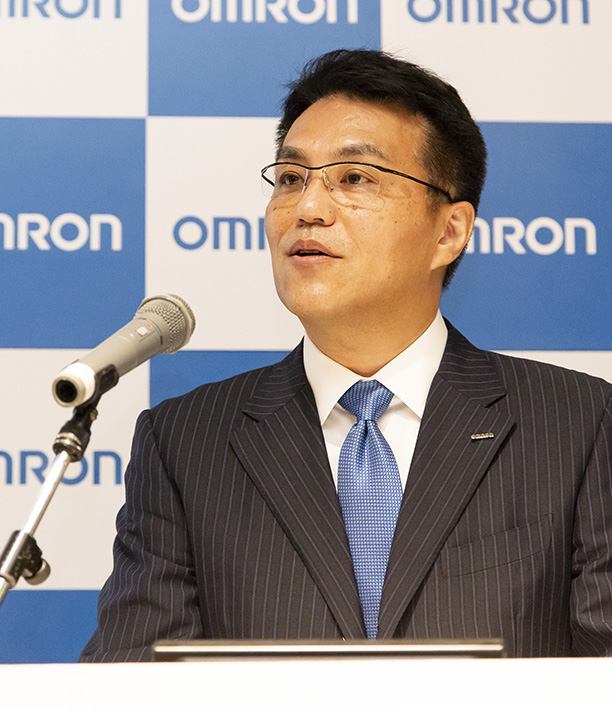 Place the Control Equipment Business the Most Important Field

Omron, which handles control and medical equipment for factory automation, announced its business strategies for fiscal 2018.

“The control equipment business is the most important driving force for sales,” Yoshihito Yamada, the president of Omron said.

Omron intends to actively invest in expanding its production bases and R&D bases.

On June 8, 2018, Omron held a briefing on its business strategies for FY2018 at hotels in Osaka City.

President Yamada announced a plan for FY 2018 to achieve sales of 900billion yen, a record-high level of sales.

The company emphasized the gross profit margin, which is an indication of its ability to earn profits, and set a high figure of 42.5%.

The plan targets sales of 1 trillion yen in FY2020.

Omron reports the results of the demonstration experiment