Omron reports the results of the demonstration experiment 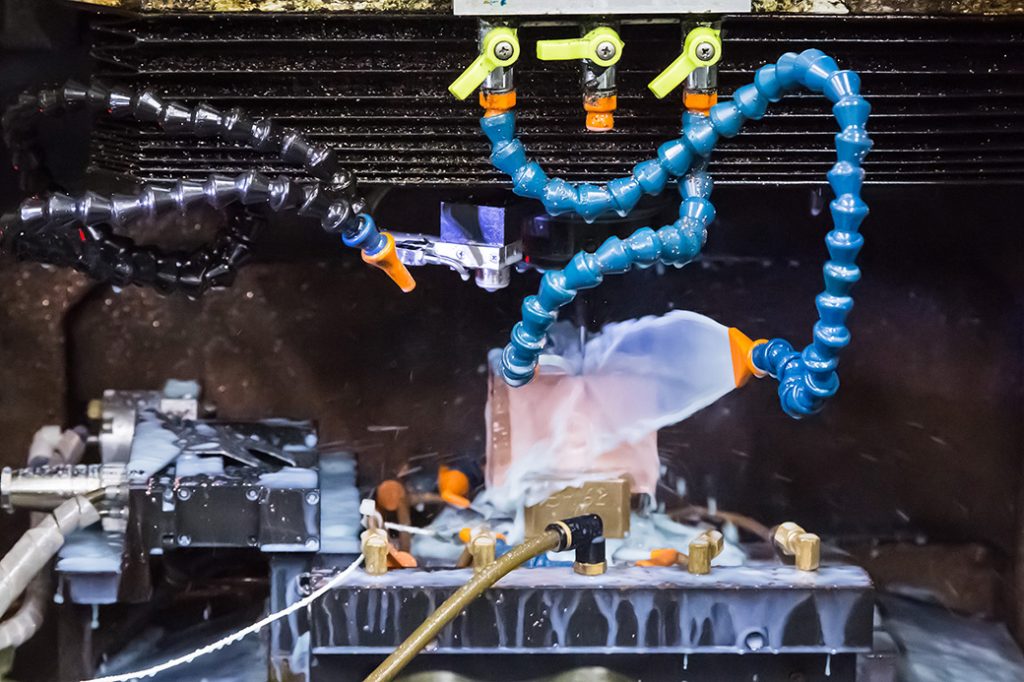 On November 20th, 2017, Omron announced the demonstration experiment result of the IoT service infrastructure “i-BELT” at Kusatsu office in Shiga Prefecture. “i-BELT” is a generic term for hardware and software services that combine control and information technologies to accelerate the intelligence of manufacturing sites. The demonstration experiments were carried out in the process of assembling the proximity switching module performed at Ayabe plant in Kyoto and in the field of die mold processing at the Kusatsu Plant. At Ayabe Plant, the company used monitoring to identify the cause of assembly failure and established preventive maintenance measures.

At the Kusatsu Plant, the company has succeeded in achieving both long life and high speed machining by using ultra-fine particle end mills for metal machining, using higher cutting conditions than skilled workers, and controlling the load on the tools.

Both were implemented using the company’s controller, “NX Series”. On the same day, Omron announced 4 status monitoring devices to visualize the operation status of the facility. They are launched from November 2017 to February 2018.