The forecast of machine tool orders in 2020 will be 1.1trillion yen: uncertainty continues to push down 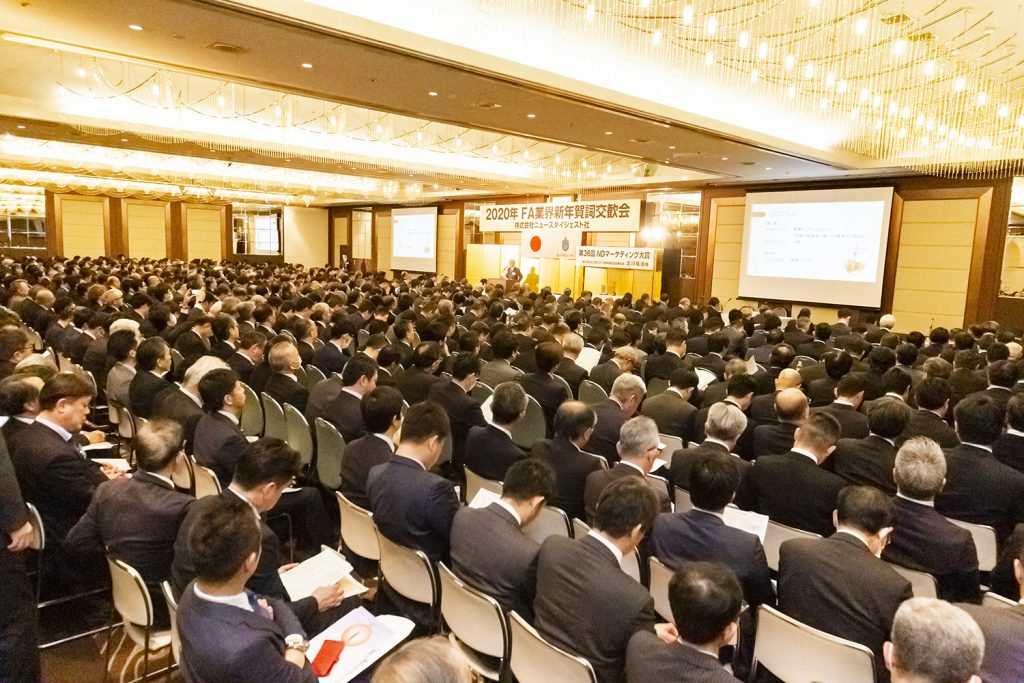 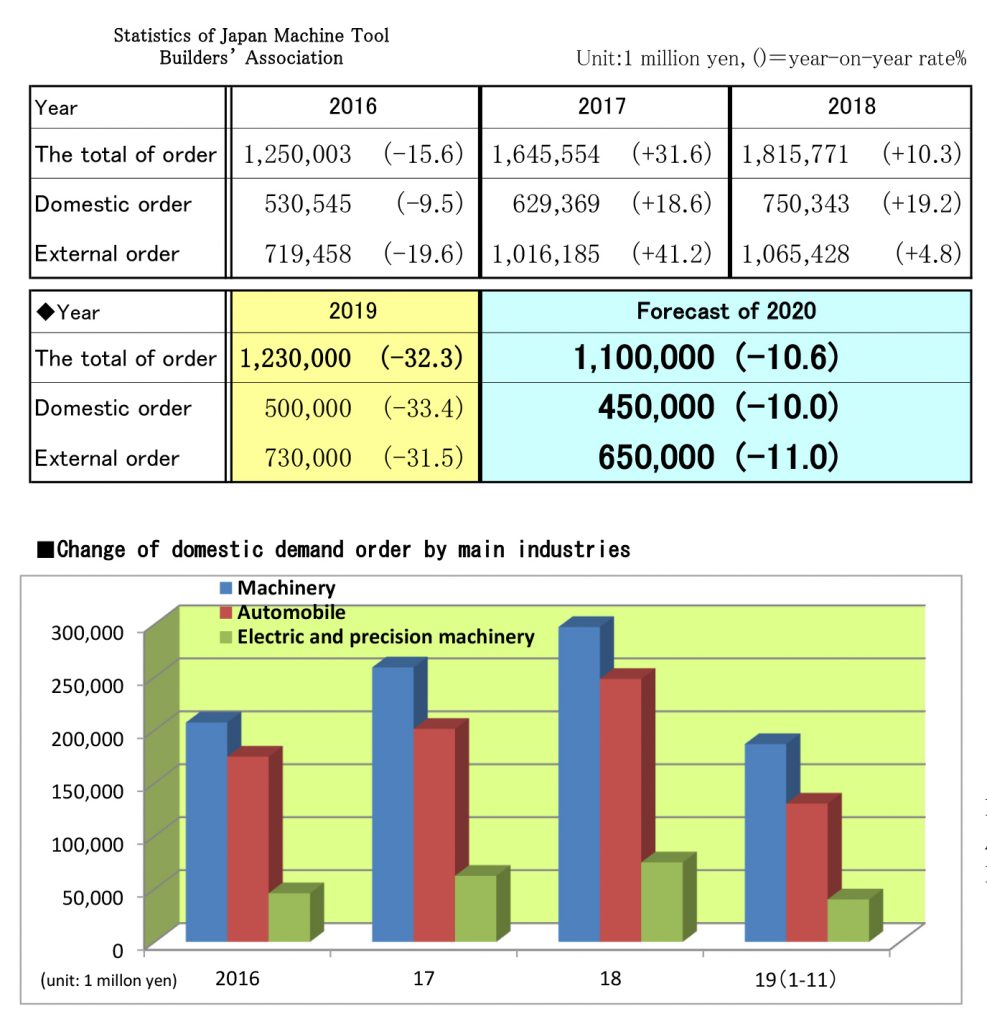 Machine tool orders in 2019 are likely to have fallen 32.3% from previous year to 1,230 billion yen. The order of 2019 declined sharply after reaching record highs for 2 consecutive years in 2017 and 2018. That is because almost all industries in Japan and overseas have watched the time of capital investment because trade frictions between the United States and China have been prolonged. In 2020, both domestic and external demand are lacking in positive factors for a recovery, and each demand is expected to be down about 10% from the previous year. Although major customers in the automotive, semiconductor-related, and other industries have not lost their interest in technological developments and capital investment, they have not yet figured out the direction of global politics or demand trends of end-users, and they could not decide capital investment. Therefore, the rebound after the economy bottomed out may become stronger suddenly. 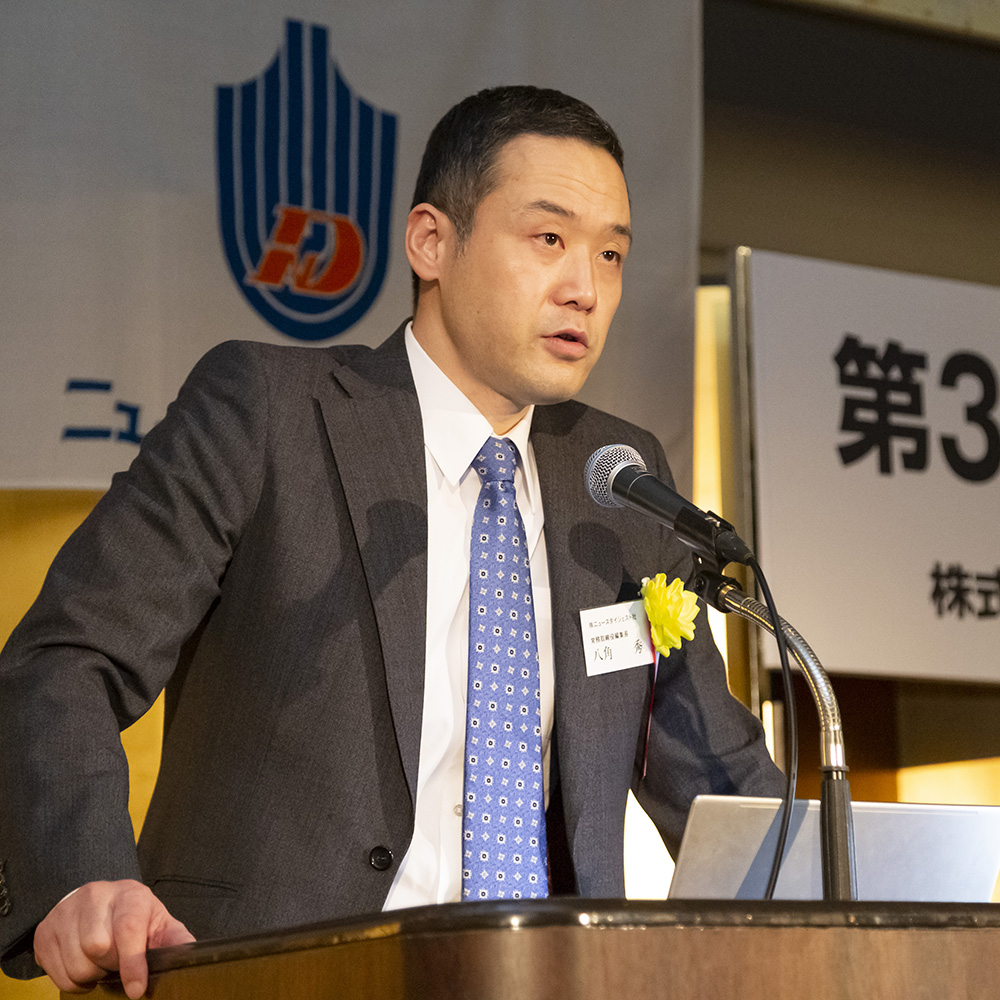 ” The uncertainty will not disappear, and 2020 will continue downward,” Mr. Yasumi said. ” The key to interpreting 2020 is the macro risk era, not by country or by industry,” Mr. Yasumi pointed out.

6 major macro risks were listed. The 6 macro-risks are:

4. automotive industry in the period of change,

Based on these, the machine tool market is expected to gradually recover in the slatter half of 2020. However, there are few favorable factors for domestic demand and external demand is unpredictable. What should be careful is the reorganization of the global production system, Mr. Yasumi pointed out. He also warned that a new North American trade agreement, the United States-Mexico-Canada Agreement (USMCA), comes into effect this spring, and that will lead changes in the automotive. “It’s important to see how fast FA-related companies can take an initial response in the next boom,” Mr. Yasumi emphasized. Specifically, there are the following four points. 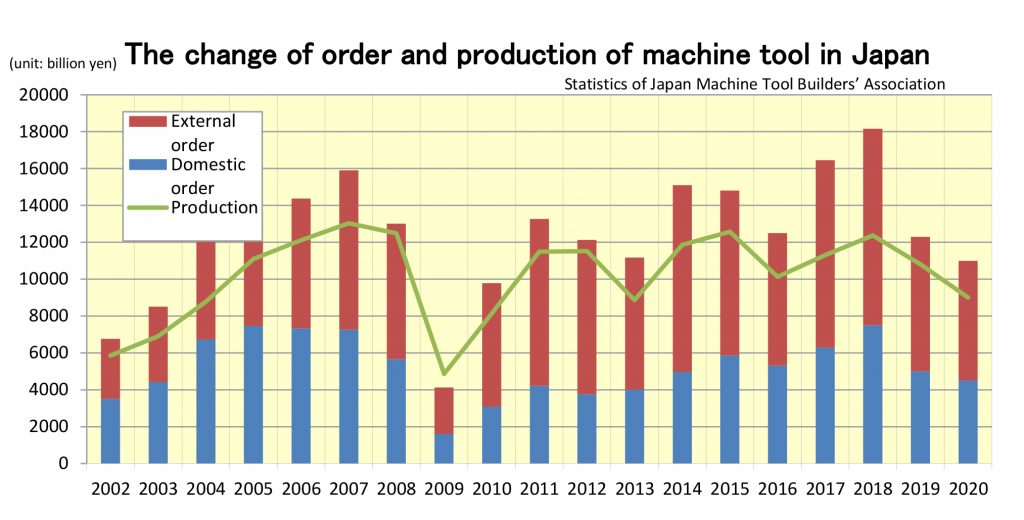