Star microns has built a new plant in Dalian 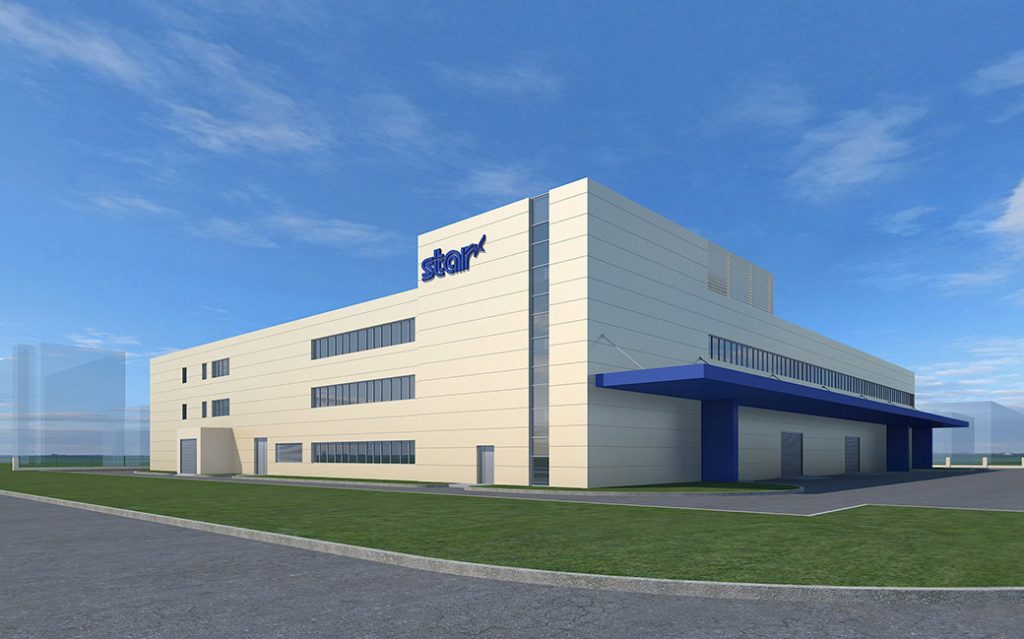 On November 29, Star microns announced that a new factory building (=photo) was constructed in China’s automatic lathe manufacturing subsidiary.  It invested about 700 million yen.  The new factory building has three floors and  floor area of 5000 ㎡.  The first floor is used for optional installation and trial operations for Chinese market.  The second and third floor are used as an assembly area of the operation panel and a component warehouse. With the construction of the new factory building, it will concentrate the factories that had been dispersed in two places so as to increase productivity. It aim to operate in January, 2018.

Currently, the demand for machine tool is very high all over the world.  In the fiscal year ended in February 2018, the company expects a total sales expectation of 40.5 billion yen in the machine tool business. It will strengthen the shipping capacity of the automatic lathe by constructing a new plant building, and respond to the demand in China, which is expected to expand the market in the future.  The subsidiary in Dilian was established in 1989.  Mainly manufactures automatic lathes for East Asian markets such as China and Western markets.

Started training for customers in Mexico

Established a manufacturing subsidiary in Vietnam