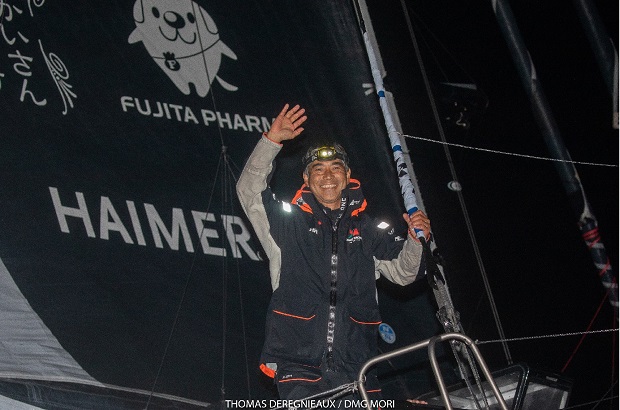 DMG MORI SAILING TEAM completed the sailing race “Vendée-Arctique-Les Sables d’Olonne” held in Europe on July 15, 2020, and the team is going to compete at “Vendée Globe 2020”, the solo, non-stop, round-the-world race without assistance, scheduled from November, 2020.

The ocean adventurer Mr. Kojiro Shiraishi participated in the DMG MORI SAILING TEAM as a skipper. The team sailed approximately 6000 kilometers over 10 days from July 4th. “Vendée-Arctique-Les Sables d’Olonne” was a preliminary race to take part in “Vendée Globe 2020”.

The two Atlantic regattas “Transat CIC” from May 10th and “Transat NY-Vendée” from June 16th were initially scheduled to be held as preliminary races, but these were canceled due to COVID-19. Instead of these, “Vendée-Arctique-Les Sables d’Olonne” was set up.

Mr. Shiraishi said, “We found many issues during the race, including the ones related to electrical and hardware designs, strategies, and physical strength. In a sense, the race turned out to be the best practice for the Vendée Globe2020. We will improve each point and make the yacht fully ready for the 80-day, round-the-world yacht race”.