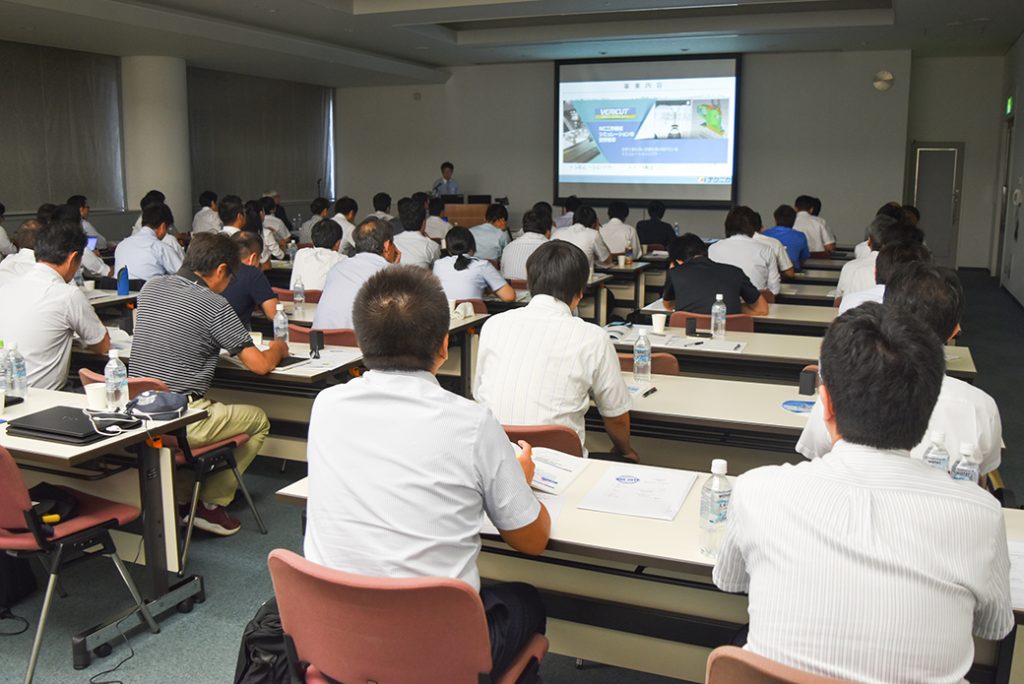 From late August to early September 2017, CGTech, which sells VERICUT, held user’s conference in Tokyo, Kobe, and Nagoya (= photo).  About 50 people attended in Tokyo, about 60 people in Kobe, and about 70 people in Nagoya.

On September 8, at Nagoya user’s conference, the company introduced the VERI CUT v8.0.3 released in June. V8.0.3 was standardized with the function of optimizing the feed rate at the time of air cutting. The non-cutting times can be reduced and the machining time can be shortened.

The company also announced a new feature to be added to the next version 8.1.  In v8.1, a variety of functions can be optionally installed, such as grinding wheel and dresser simulation functions and powder bed metallic 3D printer simulation functions. Satoshi Yamada, the country manager, said, “We plan to release it in Japan at the beginning of 2018.” User’s examples and convenient functions are also introduced.