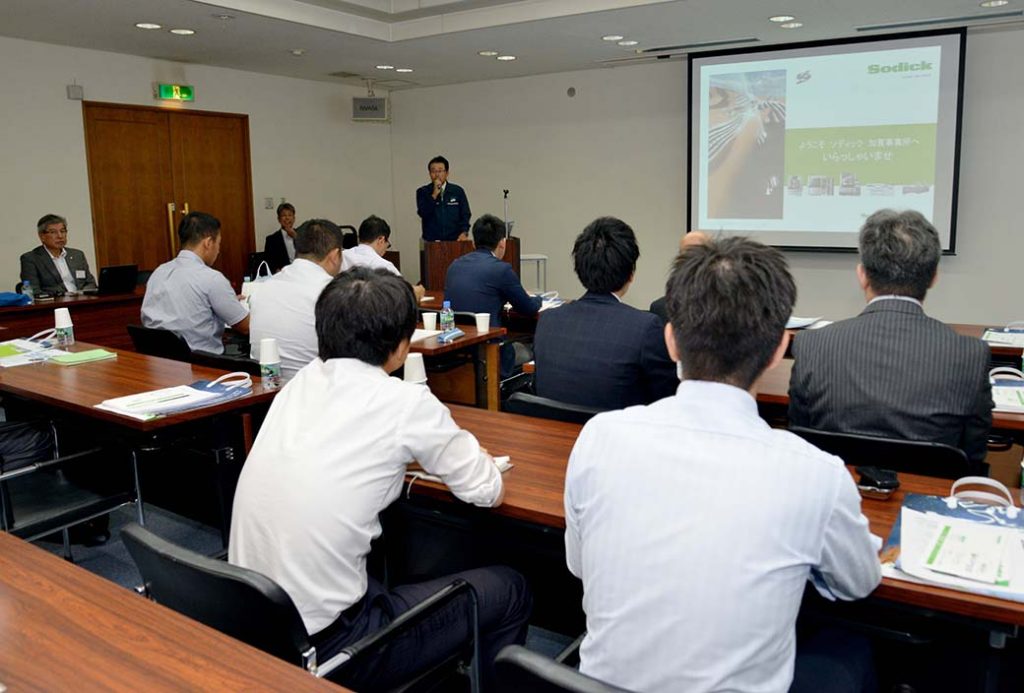 On September 21, 2017, Sodick held a pre-exhibition briefing for trading companies at Kaga Plant in Ishikawa prefecture(=photo).

Katsuyoshi Edoya, the senior executive officer and general manager of Kaga plant, opened the meeting by giving an overview of the Kaga Plant. As part of the Fukui Plant’s site was incorporated into the Hokuriku Shinkansen expension plan, he said, “We have moved the plant’s logistics depertment to the Kaga Plant to complete the site expansion”.