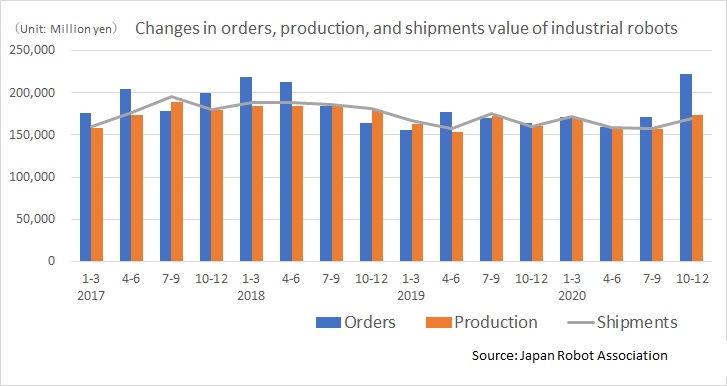 On January 28, 2021, Japan Robot Association announced the order amount and shipment value of industrial robots of member companies for the period from October to December 2020.

The order amount increased by 35.4% from the same period of the previous year to 222.3 billion yen. Orders increased for the second consecutive quarter, and were the highest ever as order by quarter. While demand in Japan was sluggish, industrial robots for welding and clean rooms remained strong in Asia, including China.

KHI and others develop the first surgical support robot in Japan

FUJI opens showroom to expand its market by multitasking machine