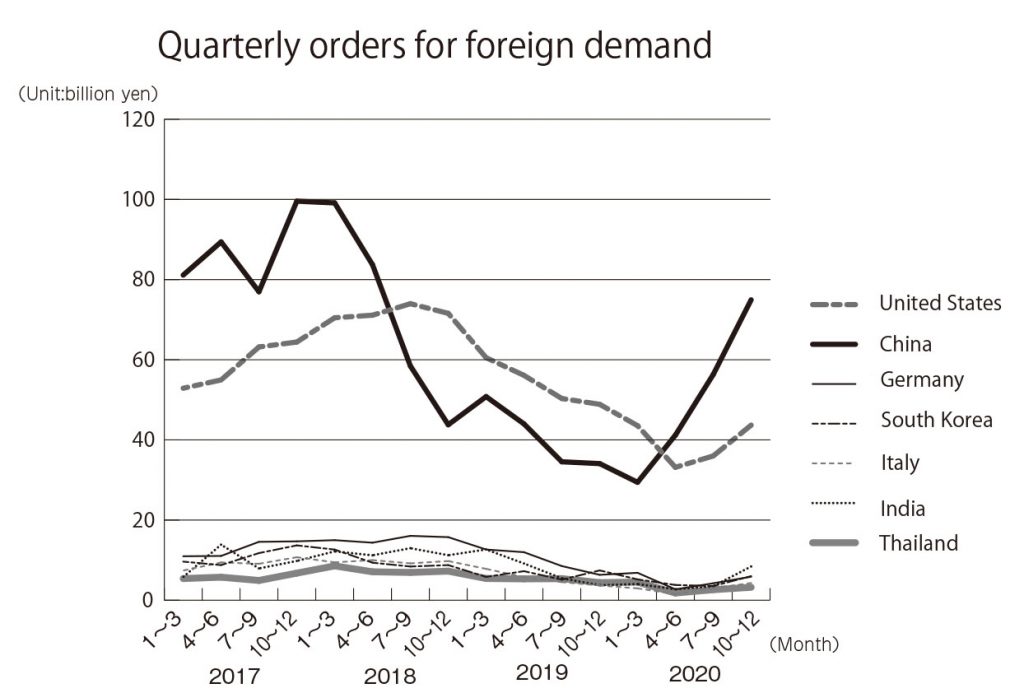 According to Japan Machine Tool Builders’ Association, the amount of machine tool orders received in 2020 was 901,835 million yen, a decrease of 26.7% from the previous year. The amount of orders fell below 1 trillion yen for the first time in 10 years. Orders have been on a downward trend since 2019 due to the trade friction between the United States and China. Furthermore, the COVID-19 spreading hit orders. 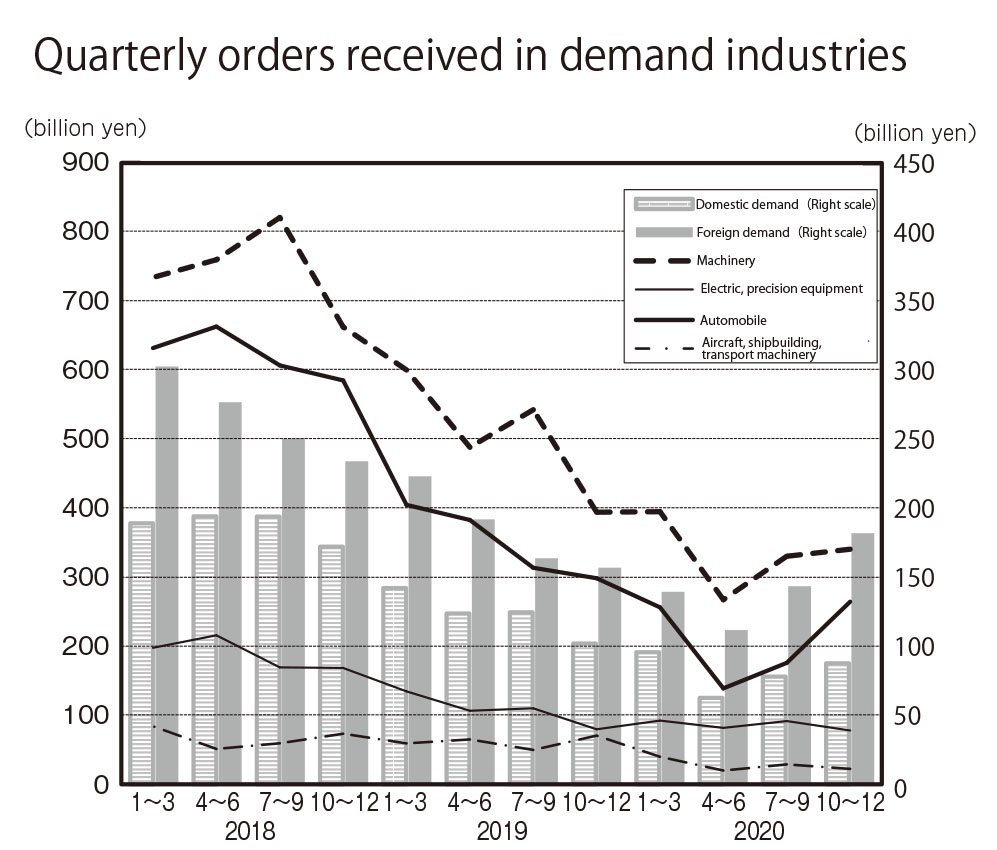 Japan’s machine tool monthly orders were sluggish throughout the year. However, the amount of orders bottomed out at 51,239 million yen in May 2020 and recovered toward the latter half of the year.

Domestic orders decreased by 34.2% to 324,455 million yen, falling below 400 billion yen for the first time in eight years. In 2020, the Japanese machine tool users, such as the automobile industry, was cautious about capital investment. As a result, domestic orders of machine tools were sluggish.

On the other hand, foreign orders decreased by 21.6% year-on-year to 577,380 million yen. It was sluggish in the first half of 2020, but it recovered in the second half of 2020.  Orders from three major regions of Asia, North America and Europe were all lower than the previous year. However, the amount of orders from Asia decreased by 1.4% to 291,634 million yen. The biggest driver was China. Orders received from China increased 23.5% year-on-year to 201,877 million yen, surpassing the previous year’s level for the first time in three years.