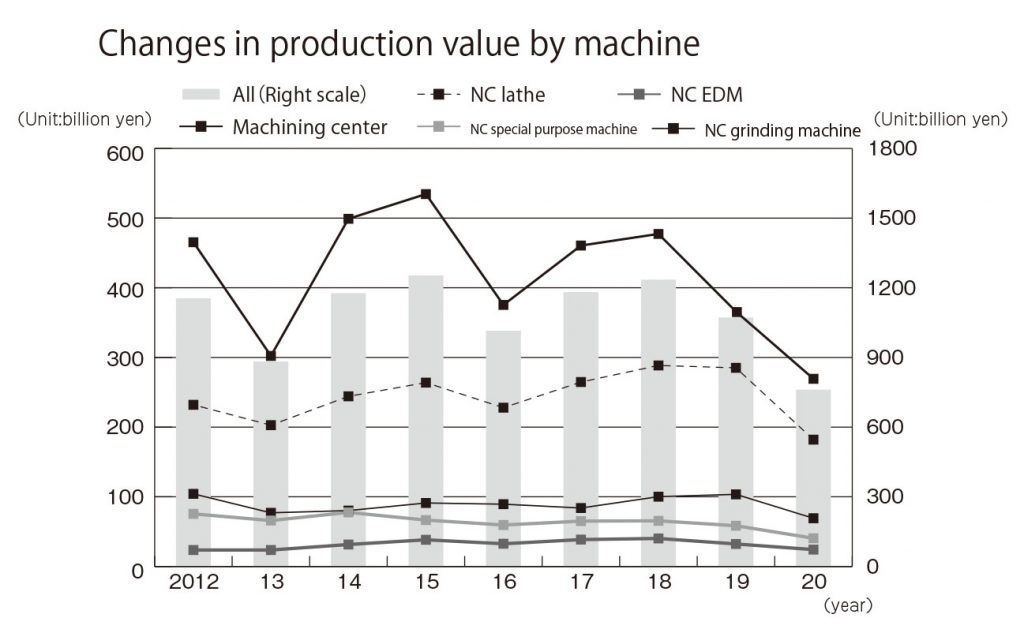 According to the “Machinery Statistics” of the Ministry of Economy, Trade and Industry, Japan’s machine tool production amount in 2020 was 736,132 million yen, a decrease of 31.4% from the previous year. The production amount has decreased for the second consecutive year, falling below 1 trillion yen for the first time in seven years.

However, among the MCs, the vertical MC decreased by 23.3% to 151,460 million yen, which was a small decrease rate compared to other MCs. The towing role was a compact vertical MC with a front-rear stroke of less than 500 mm. The number of compact vehicle MC increased by 18.3% to 14,481 units, and the production amount decreased by 11.7% to 102,534 million yen. The needs of remote work have been getting high in China, and the demand of electronic devices has increased. As a result, the production volume of compact vertical MCs for electronic devices has grown. 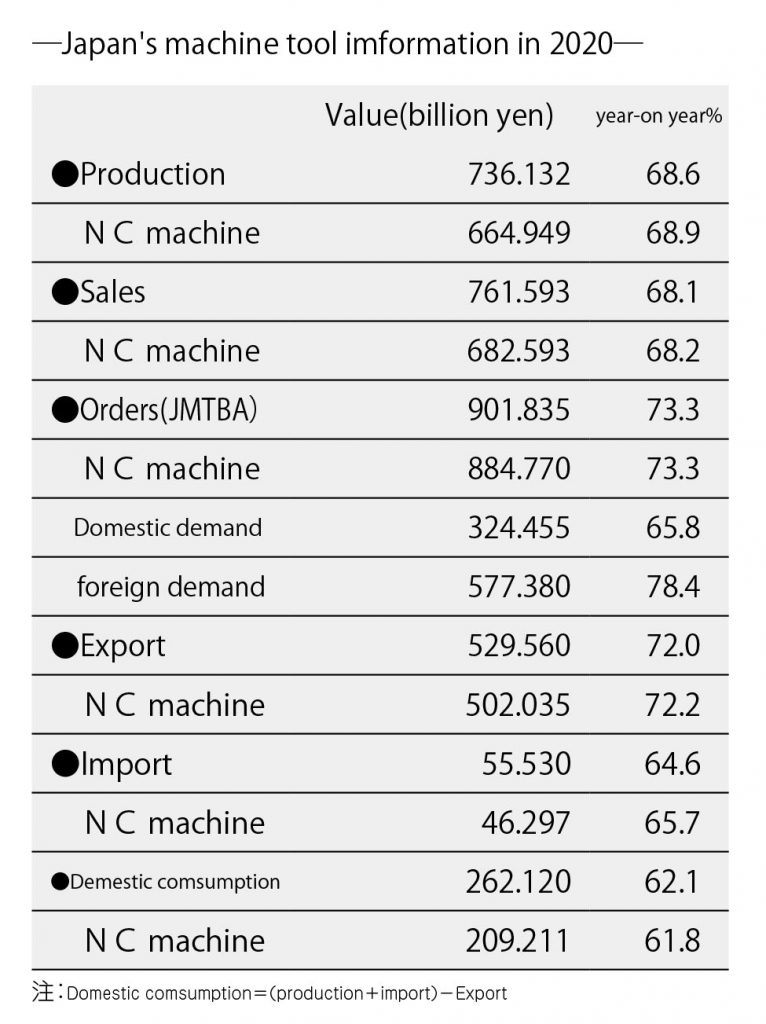 The second part of this article is here.