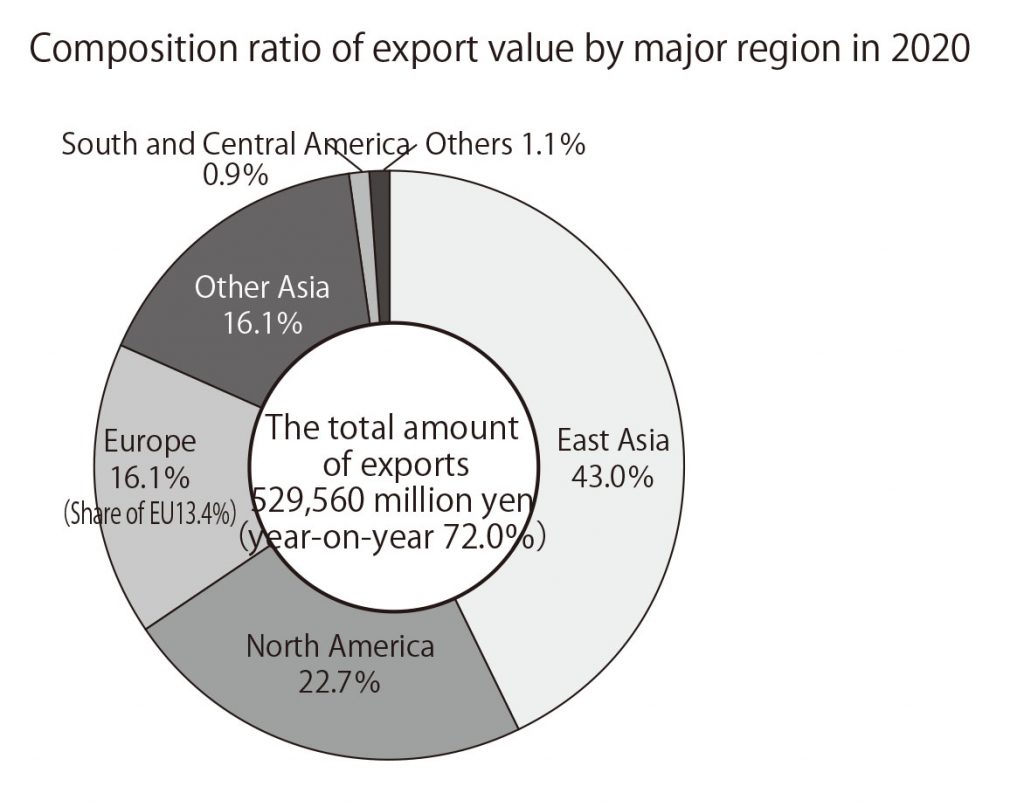 The second part of this article is here.

According to the Ministry of Finance’s trade statistics, the export amount of Japan’s machine tools in 2020 was 529,560 million yen, a decrease of 28.0% from the previous year. 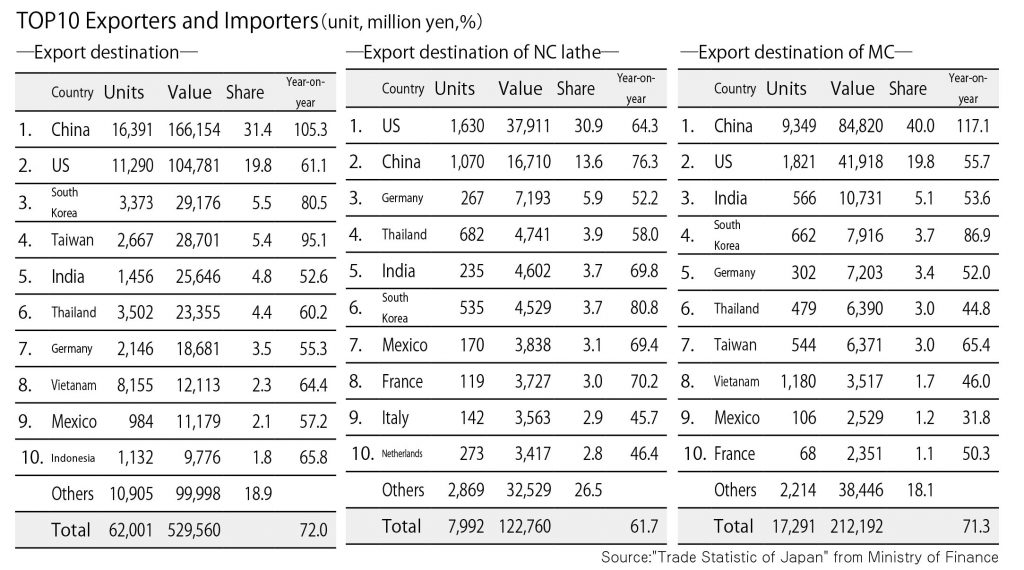 According to the Ministry of Finance’s “Trade Statistics of Japan”, the Japan’s import amount of machine tools in 2020 was 55,530 million yen, down 35.4% from the previous year. Due to COVID-19 spreading, the motivation for capital investment was diminished. As a result, demand of imported machines was sluggish.