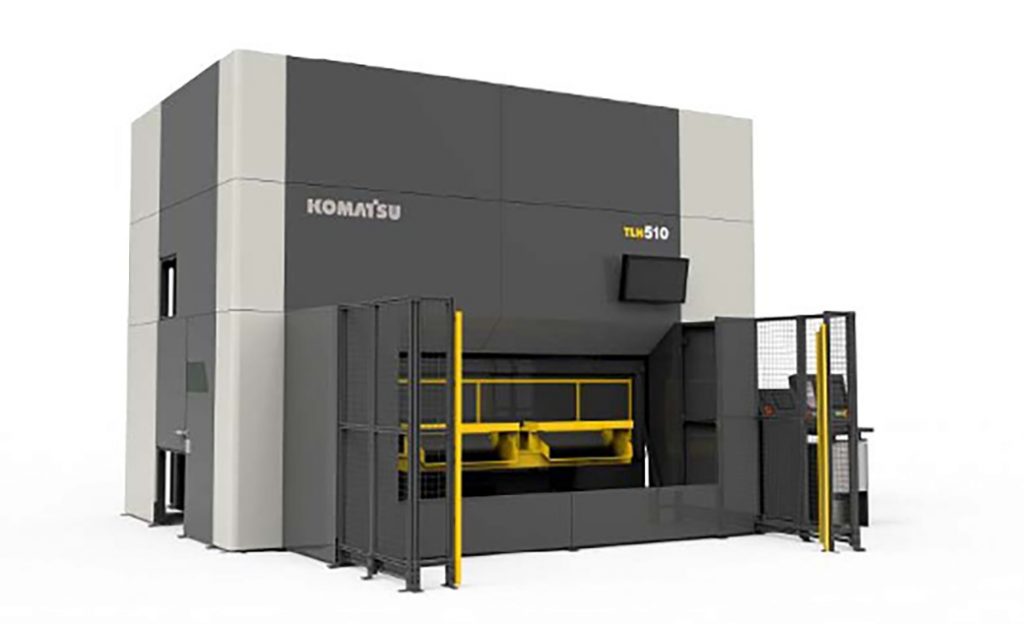 In December 2017, Komatsu Industries in Japan has launched new 3D fiber-laser processing machines, called the “TLH510-2” and “TLH408-2”. Based on the original product which was released in 2010, the 2017 version has been fully remodeled with focus on improved productivity and ease of use.
The in-house fiber laser resonator delivers 2kW and 3kW output power. The controller equipped is the original “C4” controller. The “S-curve type acceleration/deceleration control” enables smooth acceleration, and suppresses minute vibrations generated during axis operation. As a result, machining time is reduced by 12% while maintaining the trajectory accuracy.
In addition, the power control function, which varies the output proportionally to the torch tip speed, improves the corner melting and firing functions. Furthermore, vibration is suppressed by an ideal operation command adapted to actual operation.
“Gap control” is employed on the X, Y, and Z axes to reduce rapid traverse time and approach time by 20%.
The machine operation management system “KOMTRAX” is installed as standard equipment, to provide users with information on operating status, performance management for each product item, daily report preparation, preventive maintenance, and other information.
The system is available not only in Japan, but also in the United States, China, Thailand, and other regions.