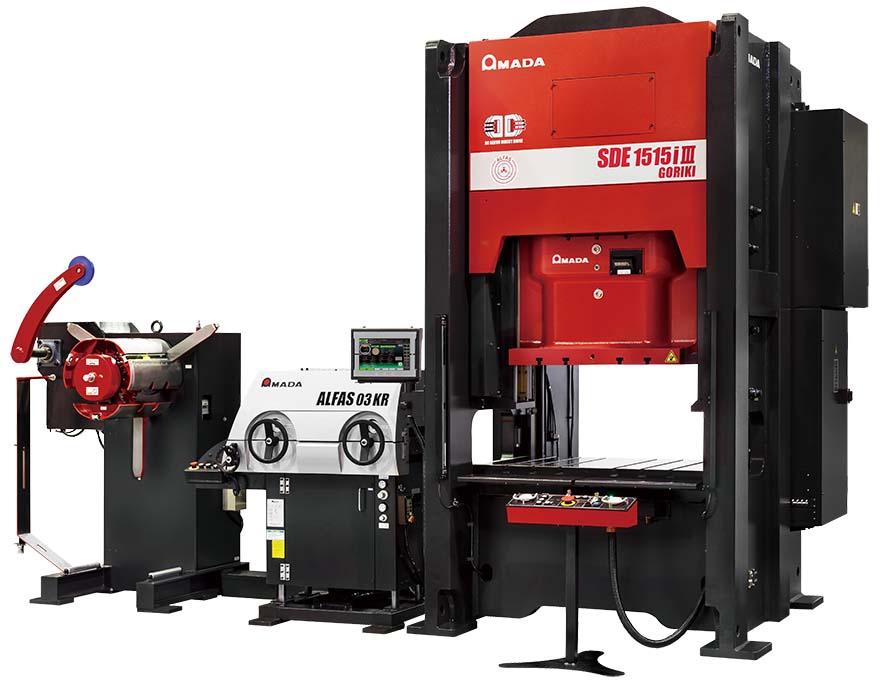 Amada Press System, a press maker of the Amada Group, will launch the automation system “ALFAS” that integrates the operation screens and controls of the progressive stamping press and leveler feeder. ALFAS is an abbreviation for AMADA Leveler Feeder Automation System.

Amada Press System launched “SDE-1515iⅢ + ALFAS03KR” in September 2021 as the first model of ALFAS. The annual sales target is 12 units. The price starts from 40 million yen.