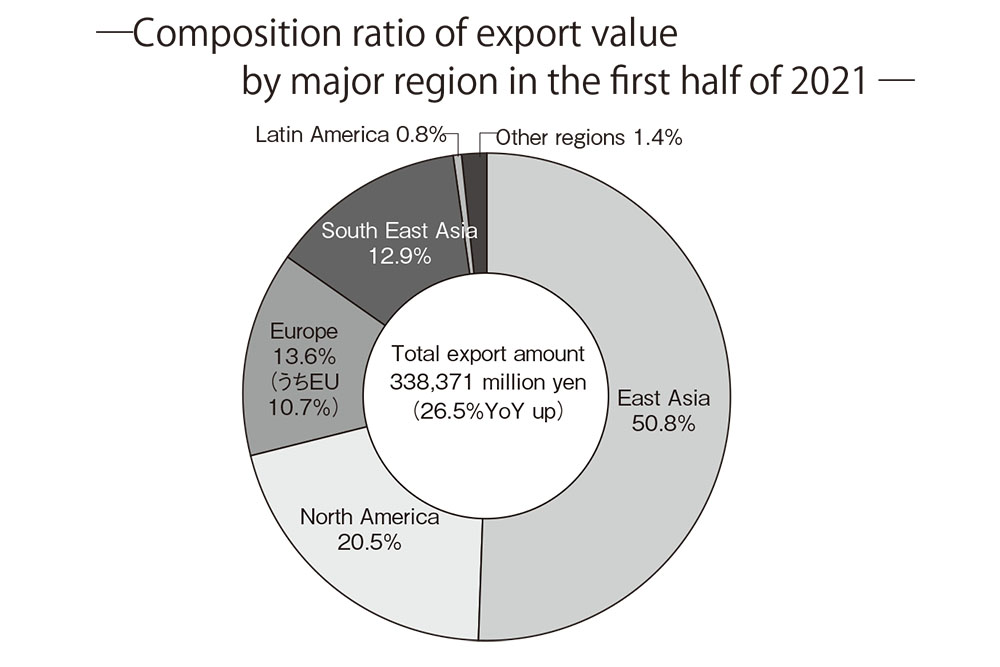 China was the top export destination

SEISANZAI Japan editorial department independently compiled a list of the top 10 export destinations for NC lathes and machining centers（MCs）. The U.S. was placed at the top of the NC lathe export ranking and China in second place, followed by South Korea in third place. The top export destination ranking for MCs was China, followed by the U.S. and India. 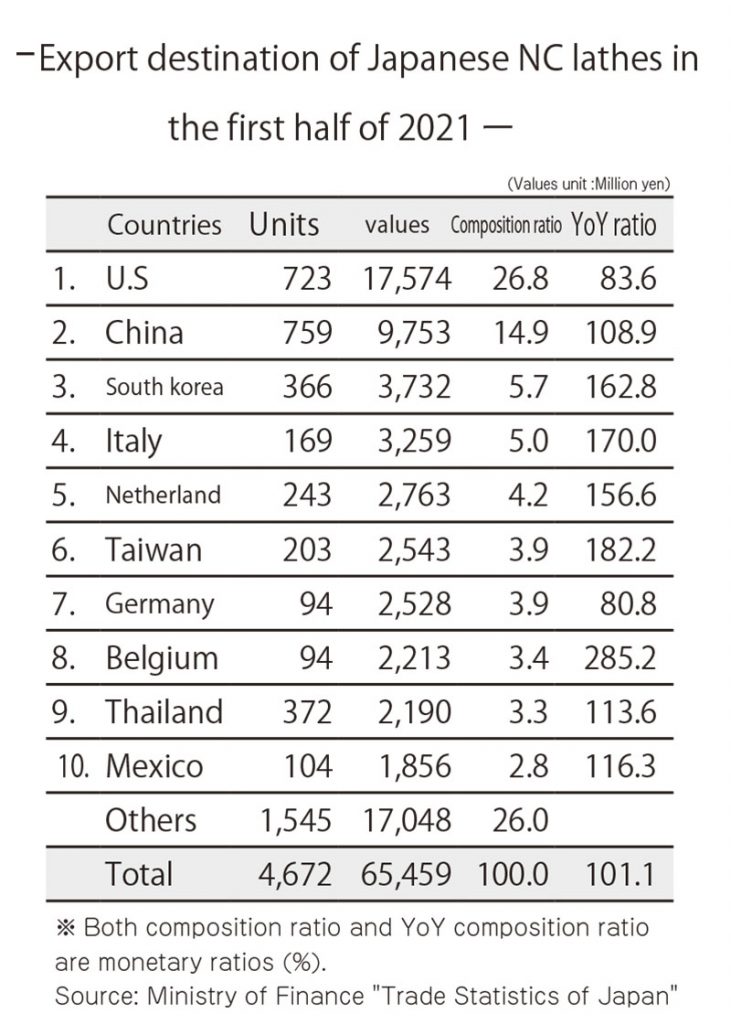 SEISANZAI Japan editorial team will introduce the import trend of Japanese machine tools in the first half of 2021 tomorrow.