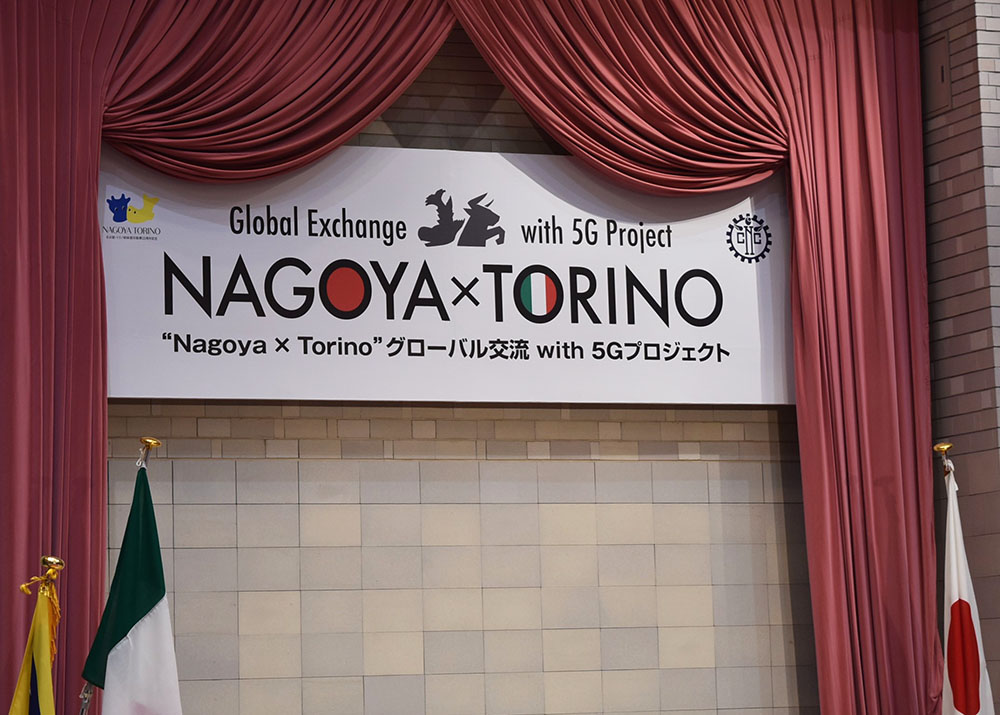 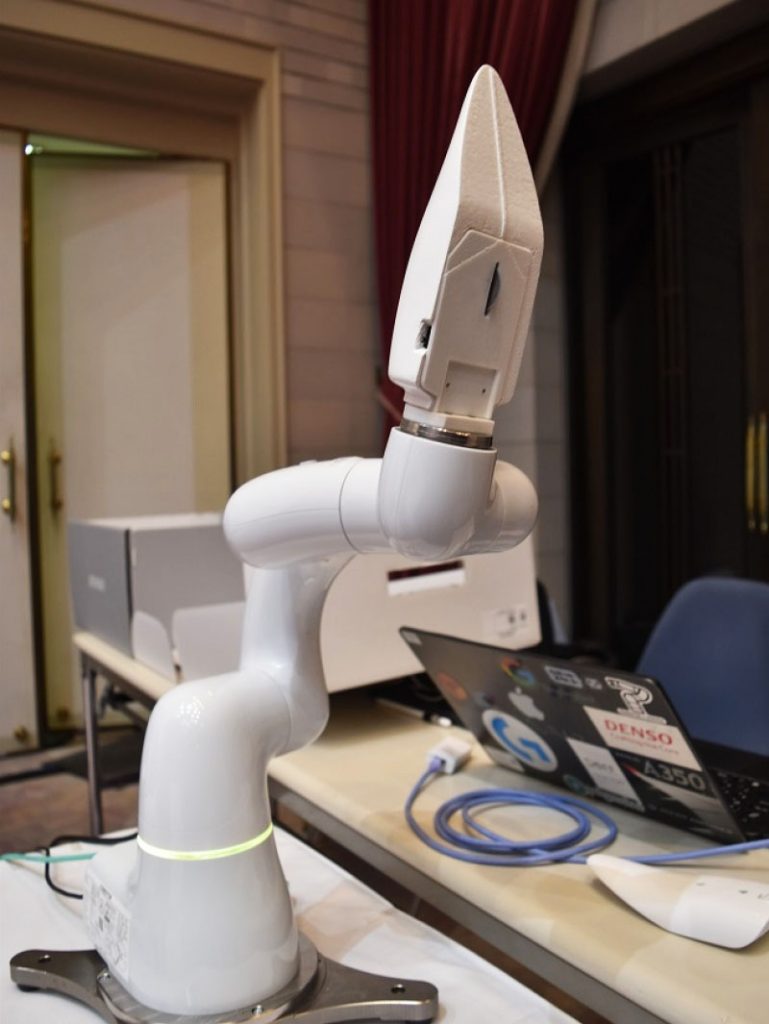 On November 5, 2021, an exchange event connecting Nagoya City and the Italian city of Turin was held at the Nagoya City Hall in Naka Ward, Nagoya City, and the Turin City Hall. The event was held to commemorate the 15th anniversary of the sister city affiliation between Nagoya and Turin.

The two cities are about 10,000 kilometers apart, but the organizers used 5G high-definition video transmission technology to connect multiple venues in both cities in near real time.

The highlight of the event was the ribbon-cutting ceremony by COBOTTA, a collaborative robot of robot maker Denso Wave. The company made a hand, which is equipped with a motor and circular saw blade so that COBOTTA could cut the tape surely.

The organizer placed COBOTTA at the venues in Nagoya and Turin, respectively. When Mr. Ado Yamamoto, Chairman of the Nagoya Chamber of Commerce and Industry and Advisor to the Nagoya Railroad, moved the COBOTTA to cut the tape, the remote-controlled COBOTTA in Turin succeeded in cutting the tape almost simultaneously.

Cobot to be installed at R&D site of DKS