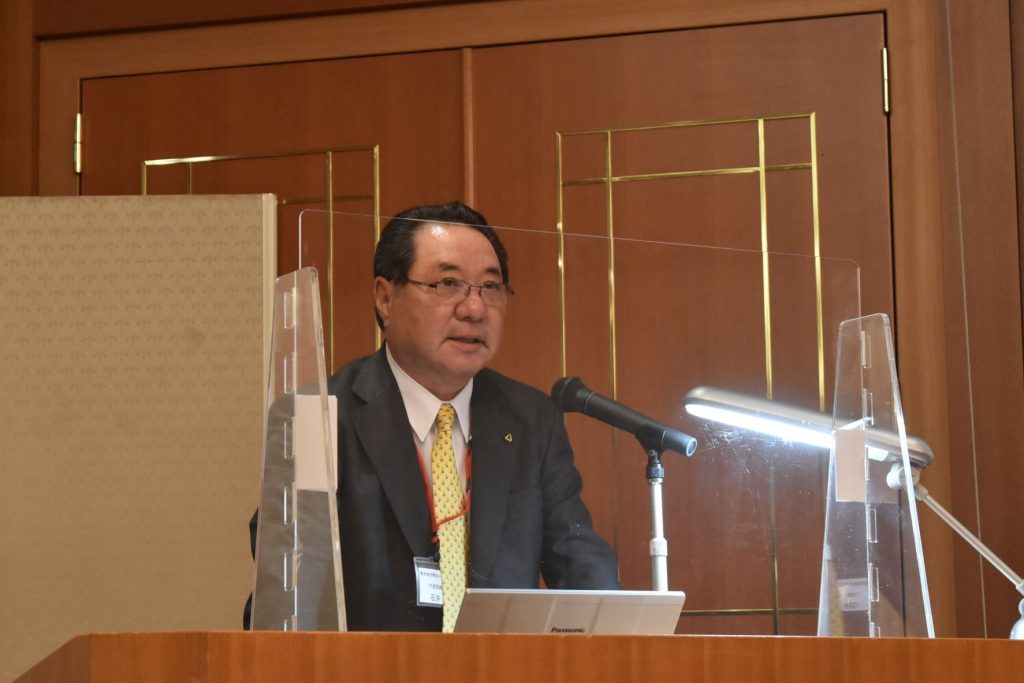 Okamoto Machine Tool Works held a three-day distributor meeting “PSG meeting” from April 18 to 20, 2022. The PSG meeting was held in Nagoya, Osaka, and Tokyo, with a total of 300 people attending over the three days.

At the PSG meeting, Takehiko Etsure, general manager of the domestic sales department, first introduced the trends in orders. The company received large orders for semiconductor production equipment, and in the first half of FY3/2022, the orders for semiconductor production equipment exceeded those for machine tools for the first time overall. In the machine tool business, he reported that orders from the general machinery and ceramics industries were strong.

Young employees from each sales office then explained the latest technological trends and other topics. They also introduced new grinding centers and vertical rotary grinders that will be unveiled at “The 31st JAPAN INTERNATIONAL MACHINE TOOL FAIR (JIMTOF2022)” to be held in November this year.

At the end of the meeting, Mr. Tsuneyuki Ishii, president of Okamoto Machine Tool Works, took the stage to explain the outline of the new midterm business plan for the next three years announced in May of this year, and also called, “We have and will continue to work with PSG member companies in a win-win relationship.”(=Photo) 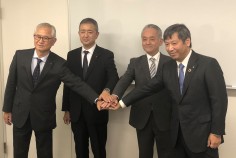