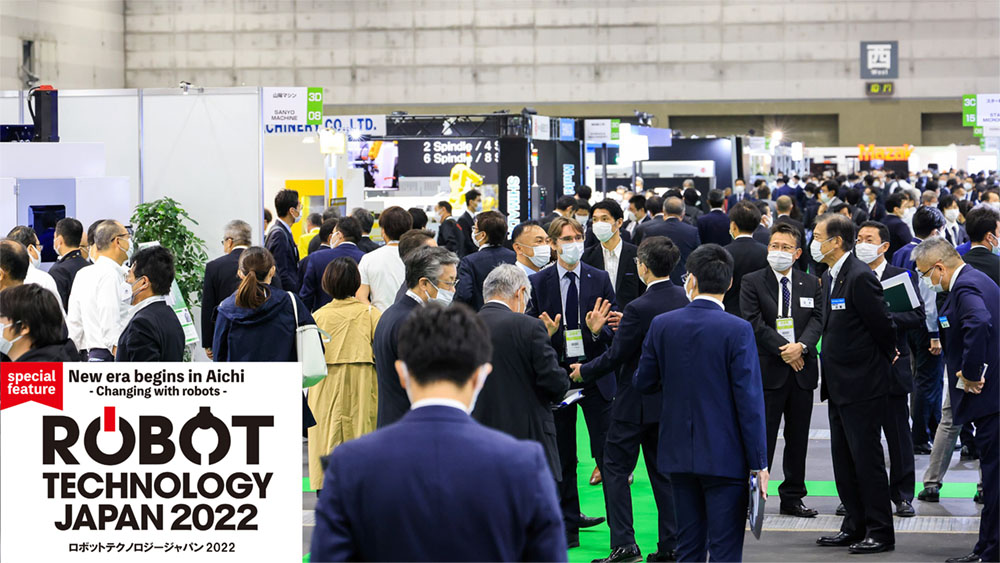 ROBOT TECHNOLOGY JAPAN (RTJ) 2022, an exhibition of industrial robots and automation systems, will be soon held at Aichi Sky Expo in Tokoname, Aichi Prefecture, for three days from June 30 to July 2, 2022. RTJ is the exhibition specializing in robots and automation systems used in manufacturing and logistics, organized by News Digest Publishing, which runs SEISANZAI Japan. The SEISANZAI Japan editorial team presents a full report on the attractions of RTJ2022, which will be held for the first time ever this year.

“ROBOT TECHNOLOGY JAPAN 2022“, the long-awaited robot exhibition, will be held in Aichi Prefecture for three days from June 30 to July 2. 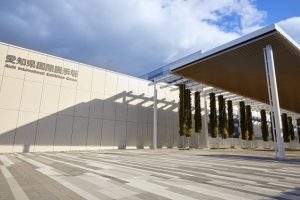 Major robot manufacturers such as Fanuc, YASKAWA Electric, and DENSO WAVE will each have a large booth at the exhibition to demonstrate their latest solutions.

Other companies in a wide range of automation-related fields will also be present in booths, including robot hands, sensors, and other peripheral equipment, automated guided vehicles (AGVs), measurement systems, and more.

Not only the robot manufactures but also a number of machine tool builders will participate in RTJ2022. Visitors can expect to see many automated systems that combine machine tools and robots at the show.

Perfect timing as a robot exhibition 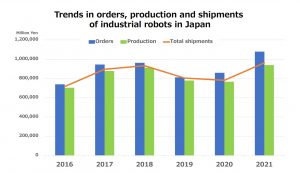 Since RTJ2022 will be held at a time when demand for robots has never been higher, it is expected to gain a great interest from visitors.

“The further development of the manufacturing industry in the Chubu area requires manpower saving and automation through the use of industrial robots. We hope that RTJ2022 triggers further utilization of robots,” said Hachiro Higuchi, President of News Digest Publishing. RTJ is not a one-time event. News Digest Publishing intends to continue to organize RTJ every even-numbered year in the future.

SEISANZAI Japan is one of the official media of RTJ, along with ” SEISANZAI MARKETING Magazine,” a magazine specializing in machine tools and factory automation technology, and “robot digest,” a web media specializing in industrial robots. The editorial teams of all three media gather to carry out the RTJ feature this time as a collaborative project.