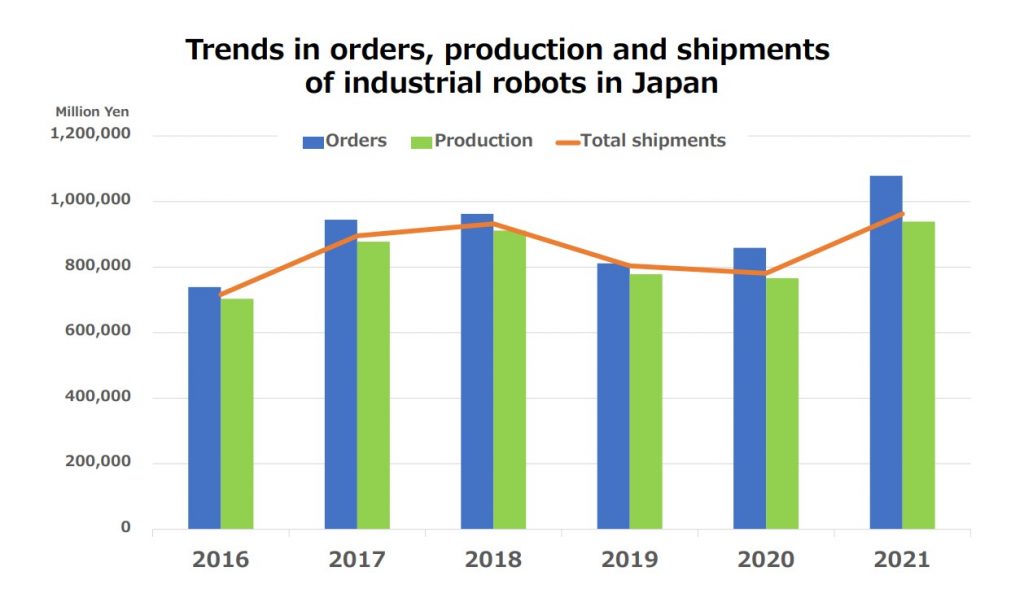 On May 30, Japan Robot Association (JARA) released its annual statistics on industrial robots in Japan for the year 2021. The statistics include orders, production, and shipments of industrial robots from January to December 2021 in Japan. Service robots are not included in the survey.

While there were some concerns in 2021, such as geopolitical risks or parts shortages, demand from China drove the market, as in 2020. Europe and the U.S. also returned to pre-pandemic levels, leading to favorable export markets.

In addition, demand for business continuity and non-physical contact under the COVID-19 conditions also helped to boost the market, resulting in a significant overall positive growth.

JARA also announced its annual forecast for 2022. The amount of orders for industrial robots in Japan are expected to increase 3.6% YoY to 1.117 trillion yen, and production is expected to increase 4.0% YoY to 977 billion yen, both new highs. Although the future outlook is more unpredictable, the analysis forecasts a continuous increase in demand for automation in Japan and abroad, as well as the new demand for robots due to COVID-19 prevention measures.