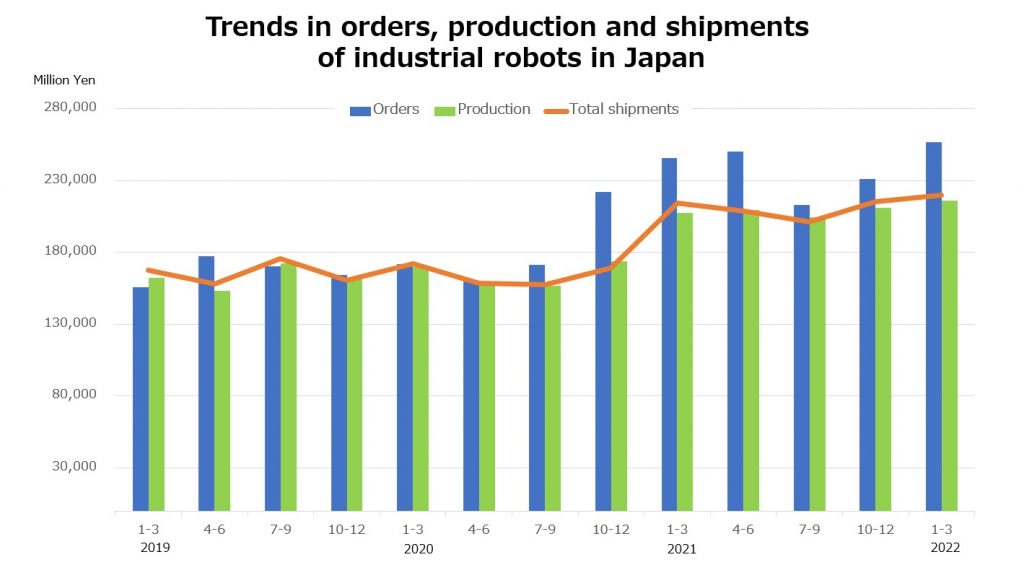 On April 28, 2022, Japan Robot Association (JARA) announced the amount of orders and production of industrial robots by its member companies for the January-March period of 2022 in Japan.

The amount of production increased 4.2% YoY to 216.2 billion yen for the sixth consecutive quarter of YoY growth. Both orders and production reached record quarterly highs.

The amount of shipments increased 2.6% YoY to 219.9 billion yen. Although domestic shipments, especially to the automobile manufacturing industry, remained weak, shipments to semiconductors continued to be strong, indicating an overall recovery trend. 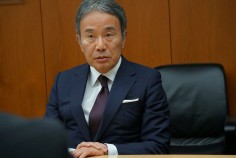