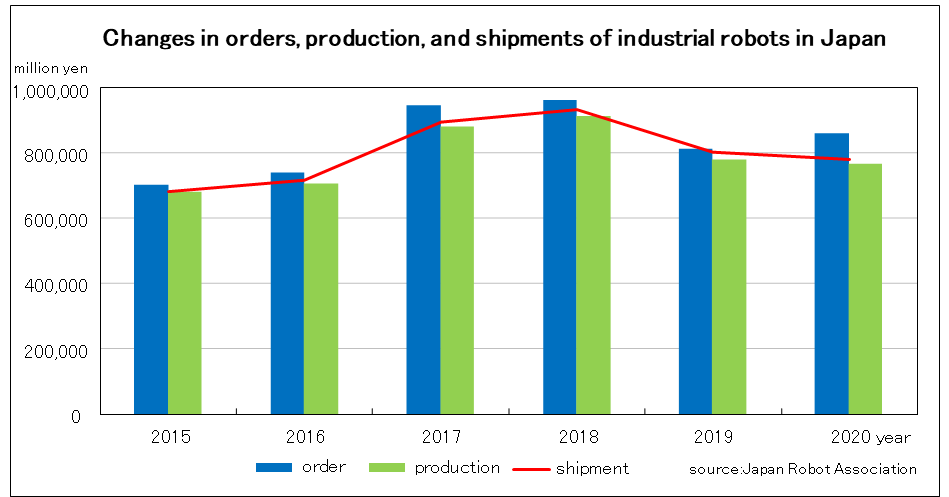 On June 1, 2021, Japan Robot Association (JARA) announced the order, production, and total shipment volume of Japanese robots in 2020. All of these are the sum of the figures for member companies and non-member companies.

At the beginning of 2020, orders were sluggish due to the COVID-19 infection, but orders from China increased after the middle of the year.