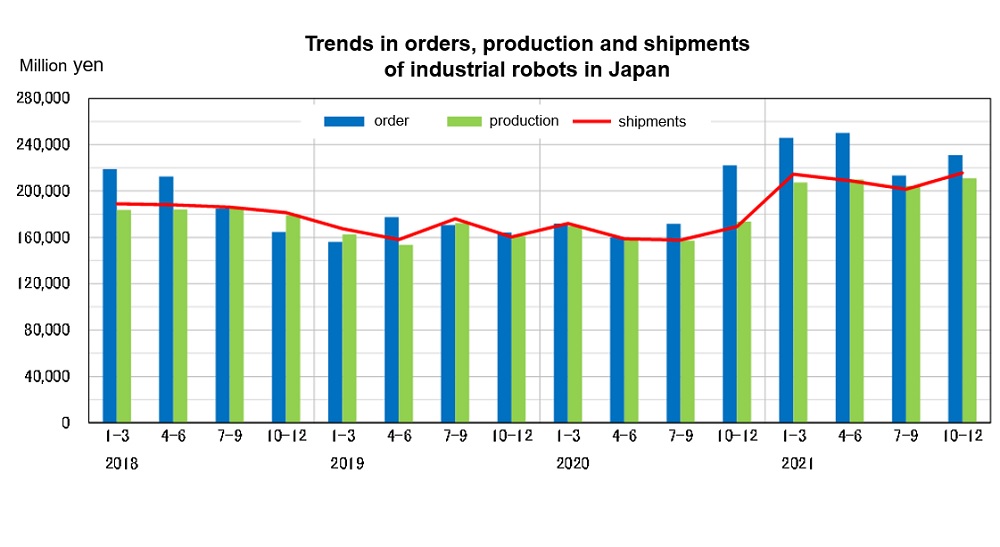 Japan Robot Association (JARA) announced the amount of orders and production of its members for industrial robot in 2021.

The annual orders in Japan received by members and non-members combined is expected to increase 27.7% from the previous year to 1,097 billion yen. This is the first time that the amount of orders received will exceed 1 trillion yen. Details will be announced in May 2022.