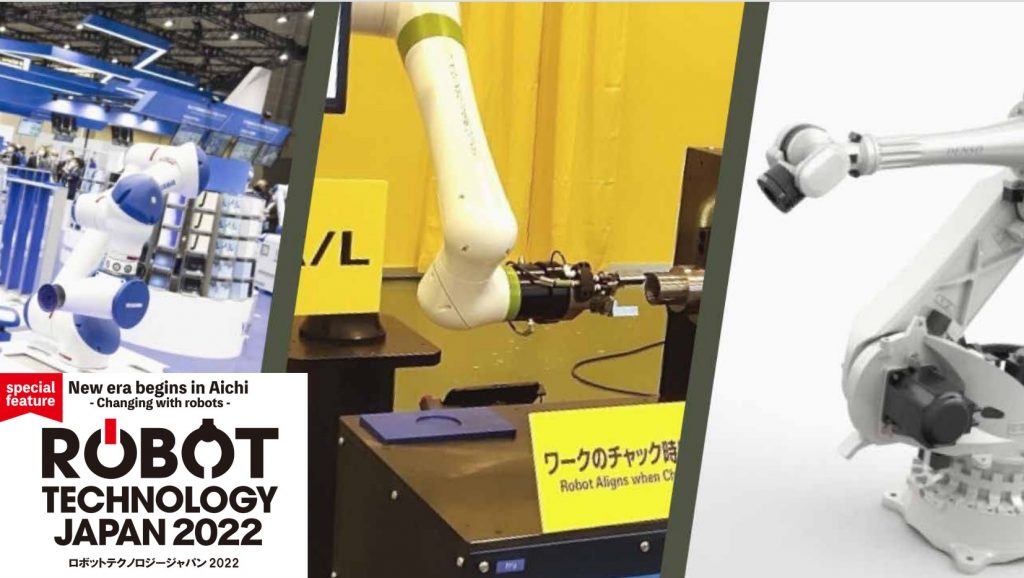 ROBOT TECHNOLOGY JAPAN (RTJ) 2022, an exhibition of industrial robots and automation systems, will be soon held at Aichi Sky Expo in Tokoname, Aichi Prefecture, for three days from June 30 to July 2, 2022. Many robot manufacturers will exhibit at RTJ2022. SEISANZAI Japan will introduce a part of the latest solutions from robot manufacturers exhibiting at RTJ2022 before the show. 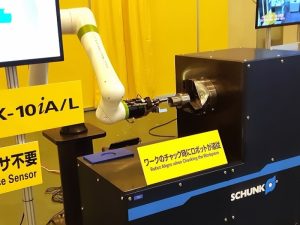 FANUC, which will exhibit in 70 booths at RTJ2022, will feature automation systems with its new “CRX Series” collaborative robots (Cobots) as the core of its exhibition. The maximum weight capacity of the CRX series ranges from 5 kg to 25 kg, and the product lineup is broad.

RTJ2022 takes place in Aichi Prefecture, which is a center of the manufacturing industry in Japan. Therefore, FANUC will also propose automation solutions for metalworking sites by using the CRX series. The company will present a demonstration that simulates the automation of supplying workpieces to a lathe. 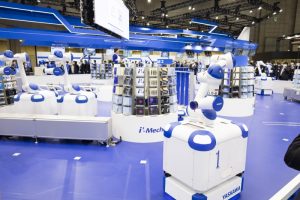 YASKAWA Electric, which will also have 70 booths at RTJ2022, will be presenting “concepts” for the automation of multiproduct variable quantity production.

The company will give a large-scale demonstration using 13 robots, including autonomous mobile robots (AMRs), to automate multiproduct variable quantity production. Visitors can experience up close how the robots operate autonomously based on digital data. 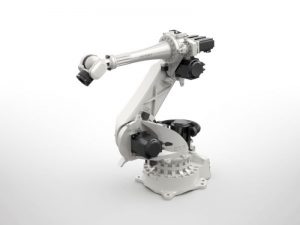 DENSO WAVE, which will exhibit in 40 booths at RTJ2022, will demonstrate nine different applications using a total of 15 robots.

Multitasking machine that changes the IMPOSSIBLE to POSSIBLE