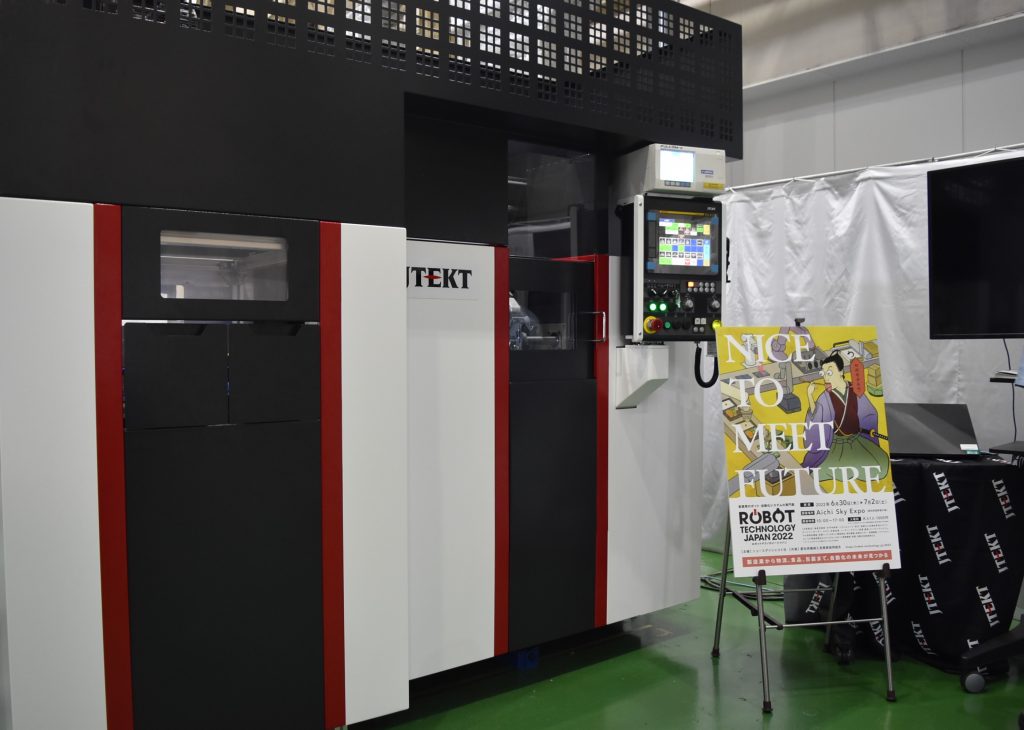 The Machine Tools & Manufacturing Systems Business Unit of JTEKT has begun to focus on developing new markets besides the automotive industry. As part of this strategy, the company has renewed its flagship small cylindrical grinder followed by a small horizontal machining center (MC).

Target is 150 units per year

This time JTEKT has renewed its FH5000 series, a small horizontal MC with a pallet size of 550 mm square. It was released in April as a JTEKT-brand machine tool, the same as the G1 series announced in this February. 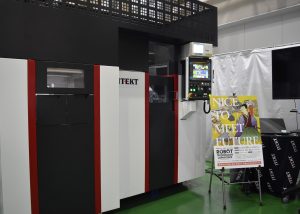 The three common features of the series are productivity, quality, and usability. In addition to improved cutting performance through increased spindle and machine rigidity, the speed of spindle starting up, and table indexing has also been improved, resulting in a 13% increase in productivity compared to the previous model.

To reduce machining errors, a machine structure that controls thermal displacement has also been incorporated. An optional support function that allows even beginners unfamiliar with machining to set up the same machining conditions as experienced operators is also available.

The sum of the sales target for all three models is 150 units per year. “We have already begun sales activities, and orders in the U.S. and Japan have already exceeded our plan,” said the head of the Machine Tools & Manufacturing Systems sales department.

Sense of crisis for great change 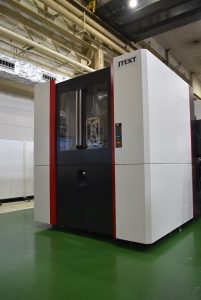 Behind the company’s decision to renew its small cylindrical grinders and small horizontal MCs one after another is a sense of crisis over the drastic change in the automotive industry, which is a key client of JTEKT. In the past, the company has focused its sales efforts on specific markets and industries, such as automobile engines. Therefore, the structural changes in the automobile industry, particularly the shift to electrification, could have a massive impact on the machine tool business in the future.

Developing the G1 and FH5000 series is more than just a model change for the company. It is part of the company’s future strategy to keep pace with changes in its customers, and at the same time to break out of its traditional dependence on engine-powered vehicles and develop new markets.

Besides the automotive, construction, and agricultural machinery markets where the company has excelled in the past, new target markets for the FH5000 series include semiconductor manufacturing equipment, robots, aircraft, and dies and molds. The former head of the Machine Tools & Manufacturing Systems Business Unit explained, “The 550 mm square class has the largest market among horizontal MCs. We have launched the FH5000 series to capture demands in the volume zone firmly”.